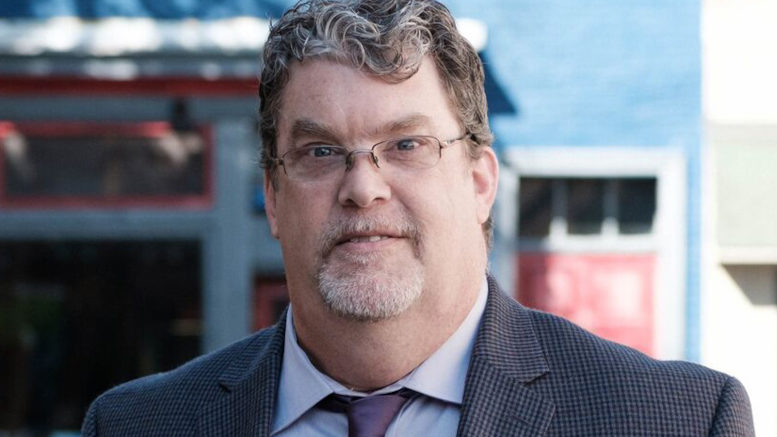 INTERVIEW: Eric Steenstra is president of Vote Hemp, a political advocacy organization he co-founded in 2000 which led the effort to pass hemp farming legislation at the federal and state levels across the USA. Vote Hemp played an integral role in the shaping and passage of the 2018 Farm Bill including fully removing hemp from the Controlled Substances Act and recognizing Native American tribes’ sovereign right to regulate hemp production. Steenstra was a founding member of the Hemp Industries Association (HIA) and served as HIA Executive Director from 2008 to 2016. He currently also serves as Vice President of the California Hemp Council. Steenstra and fellow hemp veteran Steve DeAngelo were pioneers in hemp clothing and lifestyle with the Ecolution brand, which the two co-founded in 1992.

HempToday: Vote Hemp was at the forefront of the hemp legalization movement in the USA for many years. Now that the fundamental federal and state frameworks for the hemp industry are established, what are the key issues you are working on now?

Eric Steenstra: After the 2018 Farm Bill legalized hemp, we began to focus on implementation of the new law. We advocated at USDA to improve their draft regulations, pushing for a number of important changes to make the program work better for farmers and the industry. We also organized a coalition to advocate for relief for farmers and hemp businesses affected by COVID-19. Currently, we are focused on advocating for changing the definition of hemp to 1% or less THC. This is important because more than 10% of hemp crops have tested hot over the past few years. Most are below 1% and we want to protect farmers. We are also advocating to remove the restriction on licensing for those with drug felonies in the past 10 years.

Meet Eric Steenstra at Hemp OpenSpace Wednesday, Dec. 8.
For $10 OFF your registration, use code: HEMPTODAY1208

HT: What are the keys to working the U.S. Congress on laws for hemp, and the government on rulemaking?

ES: The key to changing policy is in-person advocacy and education. Members of Congress want to support this new industry and need to understand the challenges and opportunities. Hearing from constituents and advocates is critical and this has become more challenging due to COVID but we can get their support and attention if we reach out and meet via Zoom or in-person where possible.

HT: Hemp seems to be one of the very few bi-partisan issues on which many American politicians on both sides are in agreement. What are the factors underlying that agreement?

ES: That is one of the things I am most proud of. We always worked to get bi-partisan support for hemp and it has never been a policy supported by only one party. I think that Republicans and Democrats can both see that hemp benefits farmers, businesses and consumers. They each see benefits to growing hemp and are willing to work together on it.

HT: Which specific politicians would you say deserve the most credit in reaching the milestone represented by the 2018 Farm Bill?

ES: In the House of Representatives we received critical support from Rep. Jared Polis (Democrat, Colorado), Rep. Thomas Massie and Rep. James Comer (Republicans, Kentucky), and Rep. Bob Goodlatte (Republican, Virginia). In the Senate our earliest supporter was Sen. Ron Wyden (Democrat, Oregon) and he was critical but there is no question that Sen. Mitch McConnell (Republican, Kentucky) was the most important supporter who helped us ensure hemp legalization was included in the 2018 Farm Bill.

HT: Many stakeholders are convinced that the FDA will do nothing on CBD unless Congress makes a law that would force them to do so. What’s your take on the regulatory situation with CBD?

ES: I agree with that point of view. FDA has done nothing to address the situation and is more focused on protecting drug company profits than ensuring that only high-quality products are being sold to consumers. It has been almost three years since they held a hearing and received thousands of comments, mostly positive. It is sad that they refuse to regulate hemp extracts just like any other supplement or food.

HT: Where is Vote Hemp on the delta-8 THC question?

HT: What about smokable hemp?

ES: We absolutely support smokable hemp but want to see it regulated like other herbal smokable products.

HT: The leading states – Colorado, Kentucky – were pretty clear in the beginning, when the state pilot programs first were established. Which states are showing the most promise in developing hemp industries these days?

ES: I think Colorado is still a leader and we have seen new states like Montana. California will be an important state now that AB 45 has opened the market there.

HT: I would ask the same question about the Native American tribes. Many have established hemp programs. How are they doing?

ES: There are quite a few tribes that have established hemp programs. Currently, there are 45 with approved plans and four others who are allowing their members to grow under USDA regulation. I personally worked with the Rosebud Sioux to help them get a program set up and to establish an organic grain crop this year. I think there is a lot to be encouraged about in Indian Country but it will be a process that takes time.

HT: Our understanding is that there is still a lot of biomass clogged up in the pipeline. When can we expect that to ease, and how do you see the CBD market shaping up in general over the next five years?

ES: We saw a lot less speculative growing this year so I do think that some of that excess biomass has been finding markets. On the other hand, prices are still very low and some of the excess biomass is spoiled. I believe we will see the market begin to stabilize as states like California take action to regulate the crop and I am hopeful that Congress will act in the next few years.

HT: There’s a lot of noise now around hurd and fiber. How do you assess the takeup by U.S. hemp farmers of fiber hemp? And what can we say about the interest in food and feed products?

ES: I do see the market for hurd and fiber developing. Several companies are making big investments into processing infrastructure which will give farmers near those plants a market. I also see more and more grain being grown by U.S. farmers, especially certified organic. This market will really take off once AAFCO and FDA approve hemp for animal feed.

HT: The industry is still challenged by lack of advertising access to most social media platforms. What’s the right strategy to get them to listen to the logical arguments about hemp marketing?

ES: This is a super frustrating area for me and many in the industry. Companies like Facebook are essentially monoliths that can ignore pressure and simply refuse to create a reasonable policy. We even tried addressing this with Sen. Schumer. He was able to get some Facebook reps on a call with industry members but we still didn’t get any resolution. I honestly don’t know how we can get them to address this.

HT: Tell us about your work at California Hemp Council, and how things are shaping up in that state.

ES: Vote Hemp has been working to pass pro-hemp legislation in California since 2005. It is a difficult state to work in due to its size and the number of stakeholders. We finally managed to legalize hemp production in 2018 but the result was a weakened bill due to years of compromise. We knew we needed a stronger effort with more California hemp businesses involved as the cannabis industry was pushing for some anti-hemp policies.

After hosting some calls and meetings, we decided to help found the California Hemp Council (CHC) and secured excellent representation in Sacramento via the Politico Group. The CHC led the effort to pass three important bills (SB 153, AB 45 and SB 292) which modernized and updated the hemp farming laws and created a legal path for the manufacturing of hemp dietary supplements, foods, beverages, cosmetics, or pet foods under state law.

HT: What’s your next big project?

ES: I have recently begun working on Hemp OpenSpace, a new project that will help hemp entrepreneurs and innovators to connect, share ideas, and grow. Unlike most virtual platforms, Hemp OpenSpace facilitates participant-driven conversations on topics of great interest to the attendees and encourages the community to collaborate on solutions and the creation of new connections. It will be an inspirational and positive platform for the community to gain actionable insights from industry leaders and peers.

HT: What would you suggest to an entrepreneur who’s looking to get into the hemp business?

ES: Study the market carefully and don’t follow the pack. There are great opportunities for companies that innovate and bring new high-quality products to market. Connect with others and find ways to collaborate and cooperate.