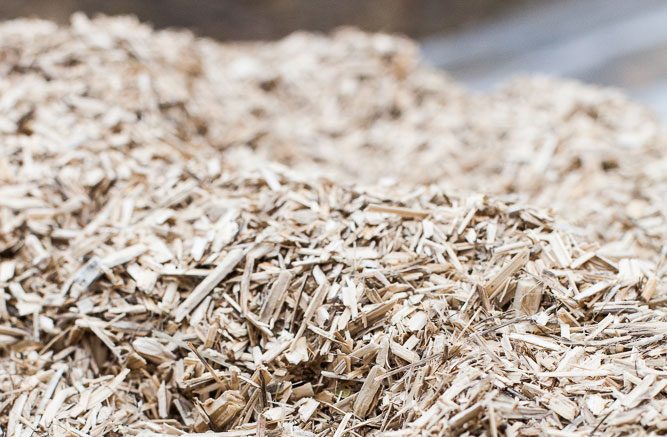 The UK’s National Farming Union (NFU) encourages British farmers to plant hemp for building materials in a new report that sets out a plan to make the agricultural sector carbon neutral by 2040.

The report, “Achieving Net Zero: Farming’s 2040 Goal,” urges farmers to grow hemp for the production of hemp hurd (shivs) for hempcrete construction. Hemp absorbs CO2 as it grows in the field, and continues the absorption process even after its straw is chopped up and installed in walls made of a hemp, lime and water mixture for hempcrete.

“Bio-based materials in construction and industry could deliver GHG savings of 0.5 MtCO2e/year,” NFU notes in the report. “This will also require the implementation of the Government’s Bioeconomy Strategy, as well as support from the Home Office and Ministry of Housing, Communities and Local Government for novel building and insulation materials.”

The report also recommends using farming bi-products such as methane to produce electricity, and planting more trees and hedgerows to increase carbon storage.

UK agricultural emissions have fallen by 16% overall since 1990, but there has been only “modest progress” since 2011, the report says. British farms are responsible for around 10% of UK greenhouse gas emissions, but only 10% of that total is carbon dioxide, while 40% is nitrous oxide from things such as fertilizers, and 50% is methane from cows and sheep.

NFU said improving farm efficiency and land management, changing land use to capture more carbon, and boosting renewable energy are all keys to meeting the 2040 goal.

Land management and the slow pace at which UK hemp farming is developing were cited as sector disadvantages in a recent report from UK’s Centre for Medicinal Cannabis.