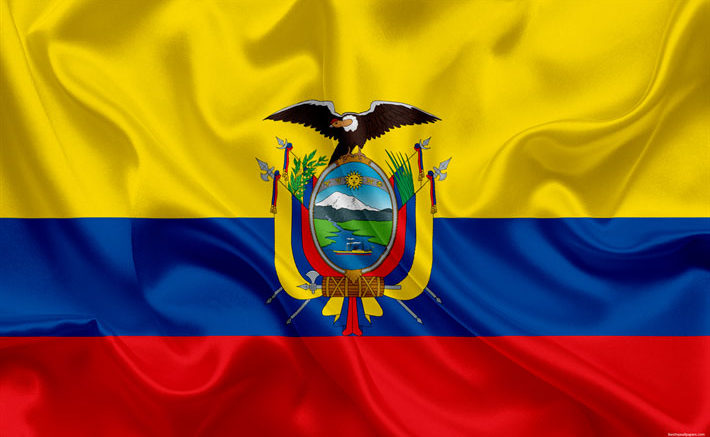 The Ecuadorian government has under proposal a plan to set the maximum THC level for industrial hemp at a full 1%, following the lead of Uruguay, Switzerland and Australia.

The limit is in proposed policy changes outlined during a legislative session reviewing the legalization of industrial hemp by removing it from the Ecuadorian criminal code. The 1% THC limit is based on dry weight of hemp green matter. The reformed criminal code would state clearly that hemp under that limit is no longer a prohibited crop, and that regulation of THC levels is the responsibility of the National Agrarian Authority.

Cannabis regulation has proven a thorny issue in Ecuador. “Many politicians are aware of the economic potential that hemp represents in their different areas,” Oscar Farith Pino Herrera, founder of NGO Cáñamo Industrial Ecuador, told HempToday. “However there is still a struggle against economic interests of conservative elites who do not want it to be approved.”

Ecuador in 2015 approved a new law that decriminalized cannabis consumption. However, lack of clarity has caused confusion among the public as well as authorities surrounding CBD and other compounds.

A procedural vote among Ecuadorian legislators showed 83 in support, while 23 assembly members chose to abstain from the vote and 20 voted against the changes.

By setting the 1% benchmark, Ecuador would put itself in the legal vanguard on a global stage. In most parts of the world, the THC limit for industrial hemp is 0.3%, while European nations labor under an even stricter 0.2% THC limit, which stakeholders on the continent are working to change. North America observes a 0.3% THC limit.

Which strategy to take?

The changes in Ecuador would more broadly address the use of cannabis for medicinal purposes, and at least partially clear the way for the local CBD market, although many questions remain. Some have advocated importing CBD in the beginning, to guarantee quality, and making pure CBD products available only in pharmacies.

“Many producers make oils and these medicinal products in pots,” Omar Vacas Cruz, a researcher at the QCA Herbarium of the Pontifical Catholic University of Ecuador, recently told journalists, a process that “should be done in a technical way, through a laboratory.

“There are people who make money off of the pain of others. That’s why I think that importing in the first instance seems fine to me,” Cruz said, acknowledging “that will create a black market, since importing will mean having products at higher prices.” Cruz said CBD is now selling in Ecuador for about $30 for a 20 ml bottle.

He is recommending that the national health authority be responsible for enforcement of industry controls to ensure products are safe.

Depending on how things shake out, the most recent changes to the law could spark a flood of investment as American and Canadian companies have long shown interest in sowing hemp in Ecuador, where the long daylight hours and post-volcanic soil provide optimal conditions, local stakeholders say.

While details on licensing of growers and processors remain to be worked out, “It is only a matter of time before Ecuador demonstrates its agricultural potential with hemp,” Cáñamo Industrial Ecuador’s Herrera said.

Ecuador was joined by Bolivia, Cuba and South Africa in proposing a declaration that was adopted by the United Nations last year binding countries to “respect and protect rural needs,” aiming to “incentivize rural policies that include cannabis in their development strategies.”