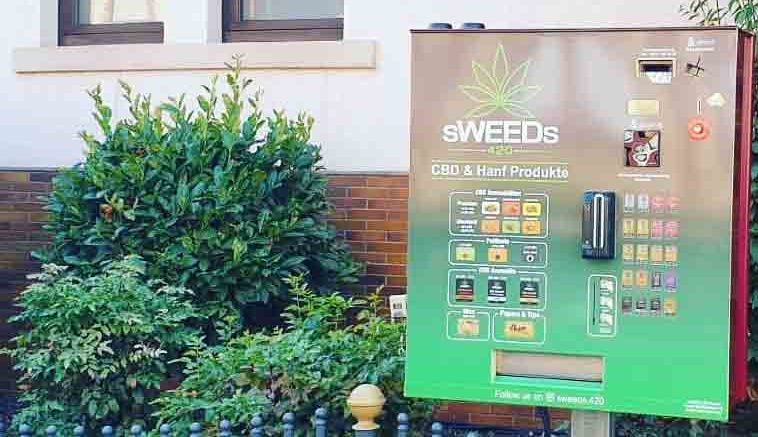 Vending machines offering CBD products were recently seized in Germany and Poland as law enforcement officials in both countries appear to be shutting down a trend aimed at what the machine owners say is an attempt to make it easier for consumers to obtain the products. The seizures involve separate companies operating in each country.

In the most recent case, police agencies shut down machines operated by German company sWeeds420 in Wurzburg and Nuremberg, with local prosecutors citing “violations of the Narcotics Act,” according to the wuerzburgerleben.de website. sWEEDs420 said its products are laboratory tested to assure they are under the 0.2% THC limit for hemp in Europe, and are therefore legal.

Machines debuted in Germany in 2018

The first CBD vending machine in Germany was reportedly installed in Trier at the end of 2018 but was quickly confiscated by police because its products were said to have contained THC in over-the-limit concentrations in addition to CBD. A machine in Neufahrn, Bavaria, was also confiscated on suspicion of a violation of the narcotics law around the same time.

Police in Darmstadt, however, were reported to have taken a “hands off” approach to a vending machine installed by the Grünes Gold company at that city’s train station two years ago. That machine offered dried flower, extracts and chocolate bars, requiring purchasers to prove their age as 18 years or older by inserting their identity cards into a reader. Grünes Gold was at one time also reportedly cooperating with a pharmacy in Alsbach, where one of its machines was installed. It is unclear if those machines are still in operation.

In Poland, police in Gdansk shut down 11 machines in late September based on earlier seizures and testing that showed hemp buds marketed as containing CBD sold by Hemp Mill, a local company, exceeded the 0.2% THC limit under EU and Polish guidelines. Authorities are reported to be testing the material seized in the most recent incident.

Law enforcement authorities all over Europe continue to be confused by an unclear situation regarding the legality of CBD. While some local police agencies take a more relaxed approach to sales of such products in their jurisdictions, others continue strict crackdowns.

In Germany, at least one retail shop in Nuremberg was targeted late last year with local prosecutors saying that in their interpretation of German laws, CBD purchases must go through the medical prescription process. Shop owners in Würzburg and Schweinfurt have also been targeted by local police, with one vendor facing criminal charges that were brought this month after a raid last year.

In the most high-profile case in Germany, officials in Düsseldorf earlier this year set an outright ban on the marketing and sales of food containing CBD in natural extract form in the city, drawing a legal challenge.

Sporadic raids in Poland, meanwhile, have caused headaches for vendors and shop owners. That’s despite the fact that in most cases the sellers targeted had the appropriate manufacturer’s certificates and all required documentation for CBD distribution.