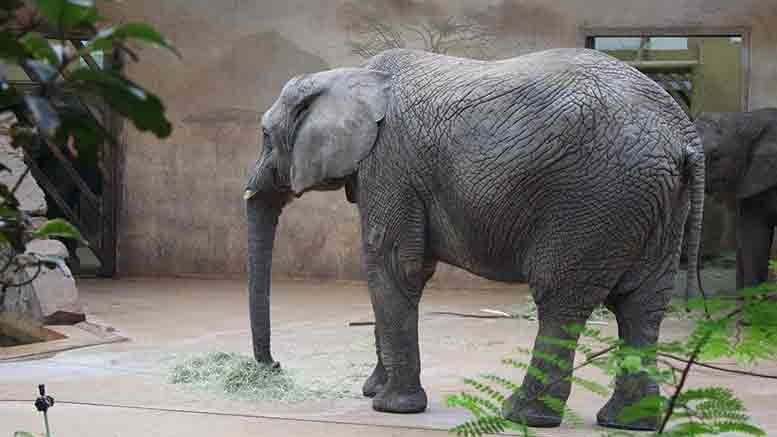 When Erna, a 35-year-old elephant and herd leader died at the zoo in Warsaw, Poland last March, it brought stress on Fredzia and Buba, two companion elephants, zookeepers noticed. Now, in a project with Polish hemp company DobreKonopie.pl, the zoo is administering CBD to the animals to help them get through the life transition.

“After the loss of the herd leader, Fredzia and Buba are going through a very difficult time connected with establishing a new hierarchy, which is even more difficult as they form only a group of two,” said Patryk Pyciński, a zookeeper who tends to the animals.

“It can take months or even years for elephants to cope with such a big change. We are trying to help them return to their psychophysical balance,” Pyciński said of the experimental treatment.

CBD oil is being added to the animals’ food, though zookeepers are also attempting to administer the oil directly into the animals’ mouths for faster absorption. The elephants’ acceptance of the CBD depends on whether they like the smell and taste, Agnieszka Czujkowska, a veterinarian and head of the zoo’s animal rehabilitation department told Polsat News. Early tests are positive, she said.

Elephants were chosen for the first trials because they are prone to stress but also easy to monitor by keepers who are familiar with their behavior and their positions in a group. Zoo officials say the outcome of trials with the elephants could lead to broader use of CBD among animals such as rhinoceroses and bears.

DobreKonopie.pl, which is supplying the CBD to the zoo, already sells CBD oil for use with other animals. The company said its products have been given, for example, to horses to help reduce pain and swelling, while also addressing anxiety.