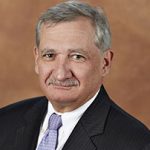 Richard Vance, a Stites Harbison PLLC law partner, has been elected to the board of directors at the Kentucky Hemp Industries Association (USA). Vance is a partner in Louisville-based Stites & Harbison where he specializes in the industrial hemp industry, estate law, antitrust, trade associations and financial institutions.

Poland’s Institute of Natural Fibres and Medicinal Plants (IWNiRZ) named Robert Sobków as its new director. The appointment comes more than a year after the passing of Grzegorz Spychalski, who died in June 2016. Sobków, an economist, worked in the Polish fashion industry and as a consultant.

COPPER CLUB: OWC Pharmaceutical Research Corp. (OWCP) of Israel and mediq Innovation Partners, Utrecht, Holland, say they’ve made an agreement to put OWCP’s CBD-based topical psoriasis cream on the German market. “mediq has extensive experience, knowledge and a successful track record in enabling Israel-based companies to penetrate the European markets,” the companies said in a press release. Mediq is to provide scientific support and generally work to develop the market for the product, the companies said. . . . Medical Marijuana Inc. (MMI) said the Mexican government recently bought some of its Real Scientific Hemp Oil-X to treat 11 of patients suffering from such maladies as Refractory Epilepsy and Lennox Gastaut-Syndrome. The purchase was through MMI subsidiary HempMeds Mexico.