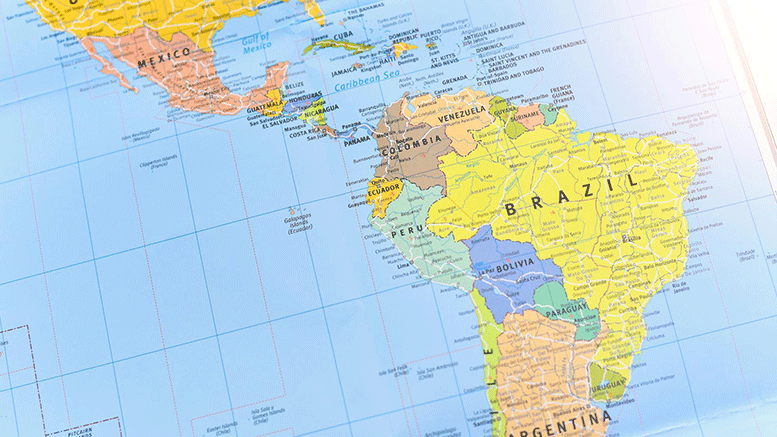 Medical officials in Brazil have suspended a resolution that would have limited CBD to medicine available by prescription only to those who suffer a narrow range of maladies.

The Plenary of the Federal Council of Medicine temporarily suspended the restrictive resolution, and scheduled public hearings to further explore CBD’s proper fit in the Brazilian food and medical landscapes.

The development comes as Brazil continues to build a legal and regulatory framework for the hemp industry, a process that started in 2015 with an original bill that was later replaced with an updated proposal in 2020. As the regulatory landscape continues to be settled, hemp cultivation in Brazil is not authorized although producers can import raw materials to make CBD formulations.

The proposed rule now put on hold would make CBD available only by prescription to patients suffering from Dravet Syndrome and Lennox-Gastaut syndrome, two debilitating forms of epilepsy in children. CBD could not be otherwise prescribed, even to those patients with other maladies who have already been using the compound.

“But the population had a very strong response to this, including from the medical class, so they were forced to suspend it and open a public consultation about the uses of CBD medicines,” Rolim da Silva said.

Current rules under the Brazilian Health Regulatory Agency (ANVISA) already allow for the import and prescription-only sale of cannabis-derived medicines registered as pharmaceuticals, and those with “sanitary authorization” which don’t require clinical trials, under a regulation that entered into force in March 2020. That rule also provides for “compassionate use” authorization that lets patients import cannabis products on an individual basis. The regulation authorizes companies in Brazil to produce their own products, as long as the source CBD input is imported

CBD has been used widely in Brazil and even physical therapists and dentists have been prescribing or recommending it.

ANVISA has estimated that more than 100,000 Brazilians undergo some type of treatment with CBD – many obtaining products on the black market – and that 66,000 prescriptions for cannabis-based medicines, including CBD, were ordered in the country over the past year. Brazil has several million epileptics and patients with other ailments like autism and chronic pain who could benefit from CBD. Under medicine subsidies in Brazil, the government offers generous support to patients.

The largest country in South America, Brazil is the fourth biggest pharmaceutical market in the world. GW Pharmaceuticals of the UK already sells its Sativex CBD-based epilepsy medicine in Brazilian pharmacies, and major pharma players have shown interest in Brazil’s potential in CBD. With a market of 214 million consumers, overall lower costs of production, a strong food production track record, and a friendly climate for hemp, Brazil could become a major international competitor in the hemp-based sectors.

Advocates have said legal cultivation and production of CBD and other extracts domestically could drive down prices to the consumer, as export costs from the U.S. and fluctuating exchange rates contribute to high domestic prices.

Doctors in Brazil meanwhile are putting up a united front and cashing in from CBD prescriptions, while lobbying against OTC products, according to Rolim da Silva.

“We have been pushing for OTC CBD products and for hemp foods in Brazil, but sadly none have been approved so far,” he said.

Comments to the public consultation on CBD are being accepted by the Council of Medicine until Dec. 23, 2022.

The proposed broader Brazilian hemp bill authorizes the cultivation, processing and marketing of hemp-based health and beauty products, cellulose, fibers and non-medical veterinary products as long as they contain no more than 0.3% THC by product volume. Only seeds would be allowed in foods.

Brazilians legally cultivated hemp in various regions, as did the government, from the beginning of the country’s colonization until the early 20th century, primarily harvesting for fibers to be used in textiles. Brazil’s hemp industry led all agriculture sectors in the late 1800s. Historical documents also show that up until 1932 extracts and other remedies derived from hemp were considered legitimate and recommended by Brazilian doctors for various ailments.