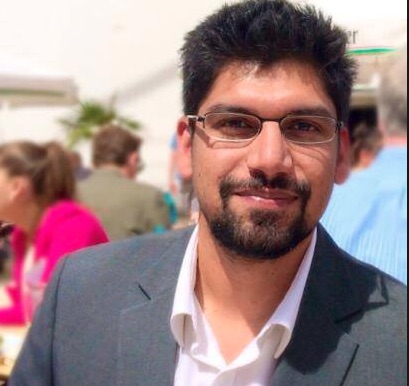 The free cultivation of hemp in India is coming as a broad interest group has formed around the Indian Industrial Hemp Association (IIHA) and forward-thinking Indian entrepreneurs begin to test their mettle in the industry. Despite the ban on free cultivation, however, IIHA has guided two states through the approval process to grow hemp for research and development projects. Uttrakhand was approved to plant 1,000 ha while Jharkhand was OK’d to plant hemp on 3,000 ha in the first half of 2016. Three other states, Madhya Pradesh, Andhra Pradesh and Manipur have applications under governmental review, also under the guidance of the Association, and could be ready to begin trials by the end of this year.

While hemp grows wild in India, farming it is still prohibited in many states. In India the federal government does not impose hemp policy on the states, which can individually approve hemp cultivation and processing for fibre-based materials and medicinal products. That states’ rights approach indicates the potential for a diverse, thriving industry but underscores a need to communicate hemp’s economic development potential across many administrative units and other constituencies.

To address those challenges the IIHA has pulled together a consortium of associations, leading firms, researchers other institutions to interface with government agencies and map out conditions conducive to a thriving Indian hemp industry. IIHA’s network embraces a wide range of governmental ministries and authorities who are backing its efforts.

So while the legal and regulatory path continues to be cleared, a broad infrastructural framework to underpin the industry is being developed and research is ongoing among institutes and governmental agencies. Studies are under way on everything from seeds to product development to rural economic development through co-operatives and entrepreneurial enterprises.

In that vein, the IIHA has identified specific areas of research interest for which it is seeking sponsorship partners, including those for ethanol production from hemp hurd; hemp fibre composites for green brake linings; and hemp as a solution in phytoremediation, among others. Those efforts are planned to join ongoing or past projects covering such things as CBD and THC based clinical trials for medicine; hemp pulp for paper; hemp in bio-plastic packaging film; hemp cottonization; and a project to develop uniforms for the Indian army. All of those efforts are in conjunction with leading Indian institutions that see a stake in the country’s hemp market.

The Association, which also provides technical expertise and lab support on behalf of state governments and is a sub-licensor to its members for hemp cultivation, aims to eventually develop its various assets to support centralized hemp value chains in every Indian state, while at the same time supporting import and export markets.

Chance for the small farmer

Meanwhile, the domestic market for consumer products grows along with increasing health consciousness among a rising number of India’s billion consumers, sure to lead to gradually expanding local demand for locally-produced hemp-based and other natural products.

Back down the value chain, IIHA estimates current market needs for fibre at a minimum 100,000 tons — for non-woven and woven products, and including wild hemp and bulk hemp for biomass biocomposites.

IIHA says it is working hard to understand and manage future demand and supply so the oncoming market doesn’t suffer the kind of boom and bust cycle that has visited both Europe and North America over the past decade.

As the Indian market gets rolling over the next few years, those in the industry hope to capitalize on a traditional knowledge of hemp seeds and fibres that have long provided local subsistence in India through production of such diverse products as rope, foods and fuel. And they look beyond to even more lucrative business in biotechnology, medicine and nanotechnology – including for export.

India looks well on its way to becoming a true global hemp powerhouse.