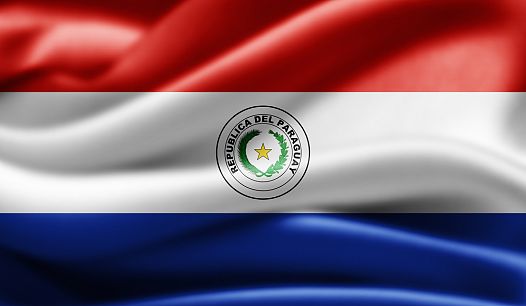 Hemp stakeholders in Paraguay say the government is favoring large business interests to the disadvantage of peasant farmers in contravention of earlier decrees that call for the support of small producers.

The government “only supports extensive and mechanized hemp cultivation” despite previously declaring hemp in the national interest and important to family farmers, the Paraguayan Chamber of Industrial Cannabis (Cannapy) said after a recent shipment of seeds intended for small farmers was held up by customs. Officials from the National Plant and Seed Health and Quality Service said the seeds must go to the Paraguayan Institute of Agrarian Technology (IPTA) for evaluation and testing before a listing in the country’s official plant registry.

Meanwhile 300 hectares of hemp were sown “in record time” at the end of March last year by big agriculture concerns without bureaucracy or other problems, and with government authorization, Cannapy claimed.

Paraguay’s Ministry of Agriculture (MAG) last year approved a request from Healthy Grains SA, a farming and agriculture consulting firm, to import 17 seed varieties from Hungary, France, China and the United States. The company is conducting trials in fields under IPTA authorization to assess which varieties will best adapt to the country’s soil and climate. The government has officially recognized another association, the Paraguay Industrial Hemp Chamber (CCIP), and three hemp operating licenses have already been granted.

The blocked shipment of hemp seeds is intended for experimental plots where family farmers are waiting to embark on trials of a crop that could have a long-term economic impact in rural communities, and where it could be grown as an alternative to sesame and cassava. The total shipment of 1,000 kilograms is destined for 60 plots.

Listing in the plant registry is key for the distribution of seeds to family producers, whose crop cycle starts now. Cannapy said the seeds should be cleared as they they are already registered for inclusion in Paraguay’s catalog of approved hemp varieties by the exporting company. That matter aside, the seeds should be expedited ex officio by the Minister of Agriculture, to promote the crop and in the national interest, Cannapy said.

President Mario Abdo Benítez last August issued a decree aimed at shaping the country’s industrial hemp sector through incentives and other government support, saying at the time that Paraguay’s national program should support development and commercialization of industrial hemp and advance research, with emphasis on helping the country’s many small farmers and cooperatives.

Cannapy says promises made by the President’s office at the beginning of February regarding registration and clearance of the seed shipment have not been fulfilled. Minister of the Interior Arnaldo Giuzzio indicated last week that he will call a meeting with MAG officials to resolve the matter.

Well known as the biggest producer of illegal marijuana in South America and a major supplier of weed to Brazil, Argentina, Chile and Uruguay, Paraguay’s cannabis economy has traditionally been in the grip of drug traffickers and corrupt politicians. Observers have said the issuing of first-ever medical cannabis licenses in February 2020 and later approval of personal cannabis cultivation for therapeutic purposes mark positive steps toward legitimacy for the industry.

With reporting from Industria Cannabis