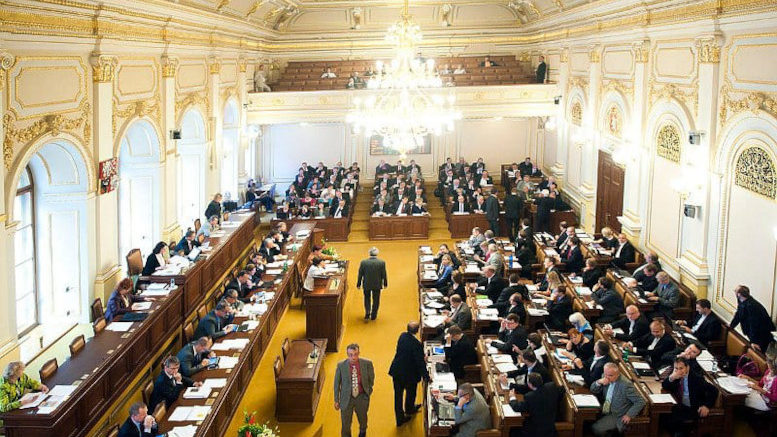 A bill that would establish the THC limit for industrial hemp at a full 1.0% and set the stage for the legal marketing of CBD-based natural extracts as foods has been approved by the Czech Republic’s Chamber of Deputies.

Those changes are included in a broader law including amendments that would also legalize the licensed cultivation, processing and export of medical cannabis products, a key milestone for the Czech cannabis industry.

The package of proposed amendments to the country’s laws would keep the Czech Republic on Europe’s leading edge in terms of harm reduction and patient access to cannabis. It was approved last week by the Chamber, the Parliament’s lower house, with broad support among all major political parties.

The bill must still pass the Senate and be signed into law by President Miloš Zeman, but sources in the Czech Republic give the measure a very good chance of enactment. If passed, the law would become effective in January 2022.

“The new regulations on THC concentrations in hemp are most welcome,” said Hana Gabrielova, CEO at legacy Czech hemp company Hempoint. Gabrielova said while the development “is a big win for advocates of medical cannabis and hemp,” even beyond final enactment of the changes, the process of setting regulations will also require a lot of work.

“Our general elections are coming up in the autumn, and we will have to work hard and alongside the government to see that the new regulations will be implemented in an optimal manner. Many details are yet to be hammered out,” Gabrielova said

1% THC in hemp products too

In addition to a 1.0% THC limit for hemp plants “on the field,” finished hemp products with less than 1.0% THC would not be considered addictive substances and be freely available at retail, according to the measure passed last week.

It would also put the Czech Republic in the vanguard of nations around the world that are establishing 1.0% THC as their national limits, breaking with a generally accepted global standard of 0.3% that has been observed since hemp re-emerged in the 1990s. The higher level would give hemp farmers breathing room in field crops, which can go “hot” or over the THC limit under some conditions. More importantly, CBD content grows in proportion to THC in hemp plants, making the process of extraction more efficient. That would give Czech growers and producers a decided advantage among their European competitors.

Also under the proposed changes, the marketing of extracts such as isolates and tinctures would be allowed, clearing a path for the legal marketing of CBD-based extracts as foods after the European Union clarified its guidance on naturally derived CBD late last year.

EU countries are in the process of adjusting their laws and regulations according to a decision last year by the European Court of Justice, which ruled in a French case that hemp-derived CBD should not be considered a narcotic, and that the compound should be free for trade among EU members states. That ruling also led the European Commission to reverse it’s previous position that hemp should be considered a narcotic in EU states.

Opening up the market

Under the updated laws, multiple licensed private groups could be authorized to manufacture medical cannabis products. Proponents say the changes would expand the availability and diversity of products through competition certain to drive down prices to patients.

Under current law, cultivation of medical cannabis and the marketing of products outside of the country are under a strictly controlled tendering process, and imports are strictly limited. Only one domestic medical cannabis producer, Elkoplast Slušovice s.r.o., and one distributor, Alliance Healthcare s.r.o., have heretofore been authorized for the distribution of Czech produced medical cannabis under the state agency for drug control. A handful of other companies import medical cannabis from abroad and two distributors are authorized to supply pharmacies in the Czech Republic.

The Czech Republic has some of Europe’s most enlightened laws on cannabis. Under measures in force since 2010, personal posession is not criminalized.

Medical cannabis has been legally accessible in the Czech Republic since 2013 while a prescription cannabis system started in 2018 and has grown rapidly. The sector got a major boost by legislation enacted last year that mandates 90% of the cost of medical cannabis must be covered by insurance companies for amounts up to 30g monthly when the total max amount of prescribed cannabis monthly is 180g.

More than 2,419 patients were prescribed 31.6 kg of medical cannabis January to April, double the quantity prescribed in the same period in 2020. While the growth is dynamic, Czech cannabis proponents say the number of patients accessing legal medical cannabis products remains extremely low, with an estimated 0.04% of the country’s population of roughly 10 million having been issued prescriptions last year.

A measure in the bill passed last week calls for the country’s electronic prescription system to be updated to ease the process for doctors and patients.