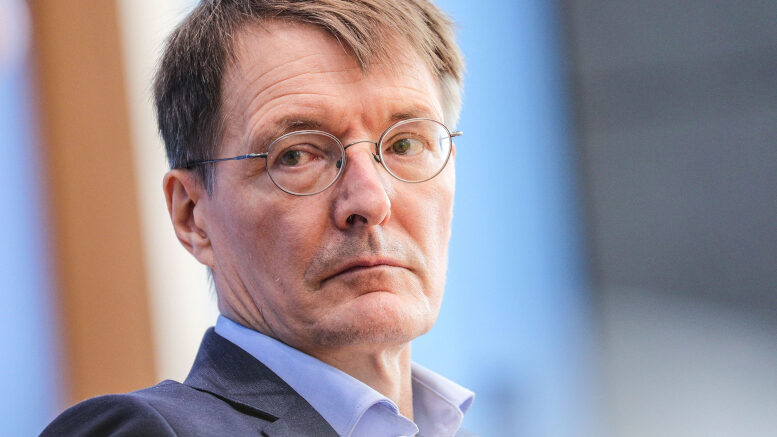 The removal of all forms of cannabis from drug status in Germany will help to end the stigmatization of hemp, and support the reform of cannabis and commercial hemp policy at the European level, according to leading industry groups.

Under language in a recently released draft “key points” memo, which outlines sweeping measures focused mainly on the legalization of recreational marijuana, “cannabis for human consumption, medical cannabis and commercial hemp will be completely excluded from the scope of application of the BtMG (German Narcotics Act).”

“Thanks to the push by the Federal Republic of Germany to legalize cannabis, we are now finally looking forward to legal and planning certainty, also on a Europe-wide level,” Daniel Kruse, a German hemp producer who is the current president of the European Industrial Hemp Association (EIHA), said of the memo recently released by the government.

In a joint statement, EIHA and Germany’s Industrial Hemp Network (Nutzhanf-Netzwerk e. V. – NHN) called the proposals “a historic event for the whole of Europe.”

“With this document, Germany is opening a discussion with EU authorities to investigate the compliance of the German decision with respect to international and European laws,” the groups said.

By removing industrial hemp from the BtMG, rules set out in the draft memo would relieve stakeholders of persistent headaches from enforcement agencies, which have often instituted bans, raids and criminal lawsuits regarding hemp foodstuff and hemp-derived products such as CBD.

“Since 2019, triggered by the hype around CBD, our industry has been faced with unpredictable challenges like no other,” Kruse said. “Questionable novel food decisions, out-of-the-air allegations regarding narcotics and arbitrary crackdowns on THC and CBD in food have caused huge economic damages, retarding growth to the point of destroyed companies and dismantled jobs.

“The witch hunt on hemp could now finally come to an end,” Kruse said.

Health Minister Karl Lauterbach’s office emphasized that there are still no final rules for cannabis, which he said are not expected until 2024. Details of Germany’s legal framework will be set out in a law separate from the narcotics act, according to the draft key points memo. The rules would establish a legal framework for industrial hemp products, including those with non-psychoactive cannabinoids such as CBD.

The draft memo mentions only that “special regulations may have to be adopted for the handling of cannabidiol (CBD) products.”

With those rules yet to be drawn up, hemp industry groups “will pay close attention to ensuring that a clear distinction is made between foodstuffs, including food supplements, and medicinal products,” Kruse said.

Under the current proposal, the cultivation of industrial hemp would still be restricted to licensed farmers, but trade would not require a license and other market restrictions would be lifted.

A proposed rule on increasing the allowable level of THC for hemp “on the field” would bump up that limit from 0.2% to 0.3% to align with a change in EU regulations that takes effect Jan. 1, 2023. EIHA and NHN said the ultimate aim should be an EU-wide limit value of 1.0% THC for hemp plants.

EIHA and NHN called on the German government to closely coordinate the new legal framework with Brussels and to advocate for a harmonized Europe-wide commercial hemp and cannabis strategy.

“In order to comply with its obligations under international drug treaties and EU law, Germany has opted for an interpretative declaration to the monitoring bodies of the UN treaties, referring to its own constitutional principles, the case law of the Federal Constitutional Court and the interpretative declaration already issued on the 1988 treaty,” EIHA and NHN said in their joint statement.

“According to the federal government, the plan to legalize cannabis in Germany is in line with the purpose and legal requirements of the conventions, as the focus of the reform is the protection of health and young people, and not the promotion of cannabis use,” the hemp groups said.

Lauterbach said the government’s plan is designed to pass muster at the European Commission: “What we don’t want is a deadlock,” Lauterbach said. “Only when Brussels and Strasbourg signal the green light should a bill follow.”

Aaron Kamperschroer, managing director of NHN, said the presentation of the key points paper could lead to a “paradigm shift in dealing with cannabis and industrial hemp for Germany and all of Europe.”

“The developments in Germany on Cannabis are an opportunity for the industrial hemp sector and will most probably generate an imitation effect on other member states,” Kamperschroer said.

By liberating all cannabis, Germany’s left coalition government among the Social Democrats (SPD), the Green Party (ALLIANCE 90), and the Free Democratic Party (FDP) would open the EU’s biggest market of more than 83 million of the world’s wealthiest consumers. The German Health Ministry has estimated that as many as four million adults use marijuana obtained from a large black market.

“For us, the key points paper and the outstanding regulations presented are like winning the lottery,” said Lars Müller, CEO of Munich-based SynBiotic SE, Germany’s biggest publicly traded group of cannabis companies. “We are optimally positioned on almost all points of the draft,” said Müller, whose group researches, develops and produces cannabinoid-based products, and sees recreational cannabis as an obvious next market.

Hemp companies in SynBiotic group have farming and processing facilities for the production of hemp-seed-based food, and produce and sell CBD, cosmetics and textile products.

While stakeholders say the proposed cannabis regulations look promising, clear rules on supply chains are missing for marijuana, according to SynBiotic. The company said a proposed import ban intended to favor domestic cultivation in Germany “will cause a significant supply bottleneck, which cannot be compensated with domestic cultivation for the time being,” underscoring the need to expand existing infrastructure. The company also said production of inexpensive, high-quality cannabis is only economically viable in open fields, due to high energy costs.

Government should draw on the experience of existing producers as it goes about finalizing cannabis rules, Müller urged. “All stakeholders should be brought on board and a common basis for decision-making needs to be found,” he said.

According to the draft key points paper, when the new regulations come into force, “ongoing investigations and criminal proceedings’ sparked by cannabis will be terminated,” and those convicted for cannabis crimes will have their records expunged. Such cases have led to drug convictions in Germany involving both marijuana and hemp.

Under proposed rules for marijuana, there would be no punishment for the purchase and possession of up to 30 grams of marijuana, private growing would be allowed and adults could make purchases in licensed dispensaries and possibly in pharmacies. The government is also studying user-related issues such as restricting marijuana sales to those over 21, or setting an upper limit for THC consumption that would apply to those under 21.

Medical marijuana is already legal in Germany under a 2017 law, but under the proposed new rules would be delisted as a dangerous drug.