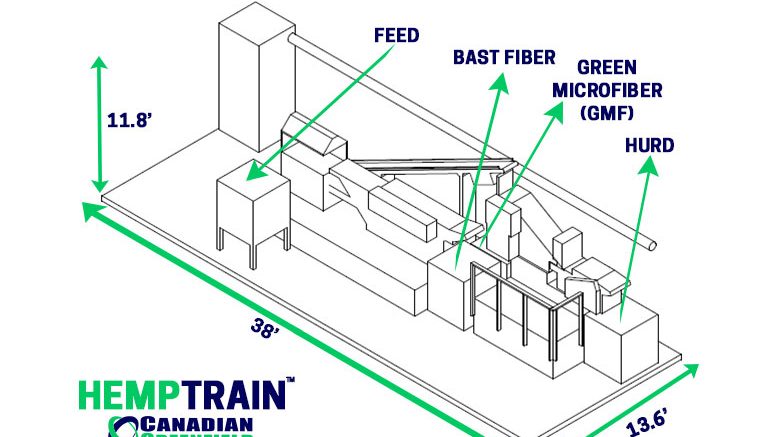 A turn-key installation of a HempTrain module with capacity 1 ton/hr is priced at $1,850,000; it includes a bale opener, main processing units, electrical and dust control – delivered, installed and commissioned., the Calgary-based company said in a release.

“This green microfiber stream significantly increases the value of the production, allowing for a high margin and short-time payback business model,” the company said. The cost of operating the technology is much lower per ton/hr of throughput than conventional decorticators, while producing much higher value materials, according to CGT.

The technology is an advancement over earlier generations of decorticators which employ a hammer mill, which damages bast fiber and causes attrition of hurd fiber.

GTC said it will begin hosting demonstrations of the decorticator in September.

Worth noting: Greenfield also was recently named to supply between 60,000-120,000 pounds of its Nforce-Fiber product for construction of tracks for bobsled, luge and skeleton races at the site of the Winter Olympics in Beijing. The fibers, which are used as a strengthener in sprayed concrete, are already being used for outdoor projects such as pools and skate parks.