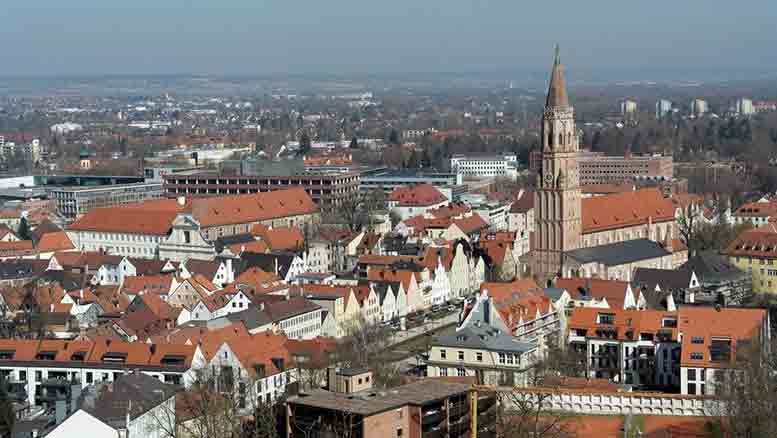 Entrepreneur and cannabis activist Wenzel Cerveny said he aims to use recent drug charges against him to end the “witch hunt” against hemp shops in Germany.

Cerveny faces 36 counts of illegal trading in narcotics, with “delivery to minors” also mentioned in an indictment brought against him last month by the Munich public prosecutor, the website Abendzeitung-Muenchen reported.

“I’m not an isolated incident,” Cerveny said of the charges, which stem from his popular hemp shop in the Bavarian city of Landshut, in southern Germany. He said German hemp shop owners are joining forces to fight problems suffered by retailers in different parts of Germany. Cerveny operates a total of 10 or 11 “Hanf” shops.

Having enlisted the services of five lawyers to develop a strategy for the shops, Cerveny suggested his case should result in a “model trial, to show that we are right.”

Cerveny’s chain of “Hanf” shops carry as many as 500 products, such as toothpaste, pasta, teas, and CBD oils, all of which he said meet THC limits for industrial hemp in Europe. He said the shop in Landshut had been particularly popular, noting such products arrived long ago in the consumer mainstream. “Business in Landshut has been consistently good since day one. It is a showpiece,” Cervany said of his “Hanf” outlet on Theaterstrasse in the city of 72,000.

His business concept was the winner this month in competition by “Retail Alchemy,” a U.S. online “shark tank” style program during which 100 entrepreneurs pitched their ideas to potential investors.

At least one hemp shop in Nuremberg was targeted late last year with local prosecutors saying that in their interpretation of German laws, CBD purchases must go through the medical prescription process. Shop owners in Würzburg and Schweinfurt have also been targeted by local police, with one seller facing criminal charges that were brought this month after a raid last year. Vending machines offering CBD products, operated by separate companies, were recently seized in Germany and Poland.

In the most high-profile case in Germany, officials in Düsseldorf earlier this year set an outright ban on the marketing and sales of food containing CBD in natural extract form in the city, drawing a legal challenge. Leading European hemp company Hempro International GmbH & Co. KG filed suit after the introduction of the citywide ban.

The situation in Germany is brought on by unclear EU rules on CBD and knock-on confusion among law enforcement officials in member states. Raids and shutdowns have hit hemp shops all over Europe, usually as a result of differing attitudes toward CBD by local law and health officials.

Taking up the fight

Cerveny, 59, ran unsuccessfully for the Bavarian state parliament in 2013, and in 2014 started a “Yes to Cannabis” referendum in Bavaria. He opened his first “Hanf” retail outlet in Munich in 2017. Cerveny also suffered raids on his shops and his private apartment in 2019.

Cerveny, who could face prison time as a result of the narcotics trafficking charges against him, said his goal is to fight in court until he’s proven right: “If I am convicted, it will go to the next one. We will pull this through to the EU,” he said.