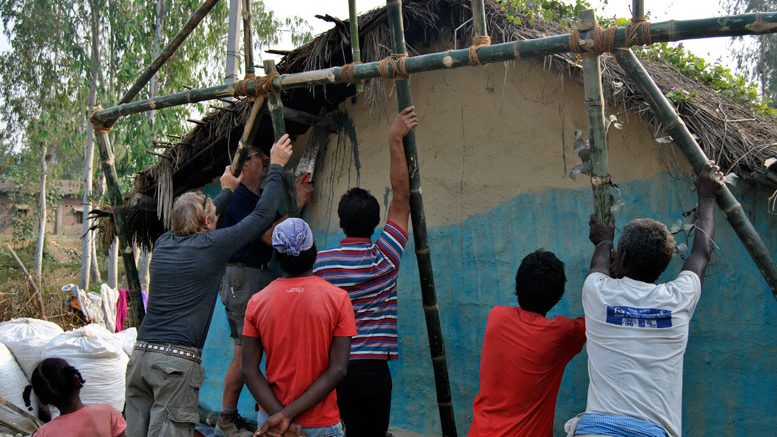 SHIV consultants and local villagers raise a wall during construction of a first model home.

Two Nepalese organizations will turn to crowdfunding site indiegogo.com to expand a home-building project for victims of the country’s 2015 earthquake and for those in Nepal’s dalit “untouchables” community which have never had homes. Partners in the campaign, “hEmpowering Bottom Up,” are Shah Hemp Inno-Ventures (SHIV) and the Women Development Advocacy Center (WDAC). both of whom work to advance economic and social development in Nepal.

The crowdfunding campaign will run for 60 days beginning Feb. 24, 2017 – the date of a Hindu festival dedicated to Shiva, the god of cannabis.

The Indiegogo campaign seeks to raise $30,000 to build six four-room homes at a price of $5,000 each. All money gathered by the campaign goes to local communities, whose inhabitants are given skills in hemp construction as they build their own dwellings, thus resulting in jobs and economic development, said Dhiraj K. Shah, SHIV’s founder. The homes take about a month to construct.

Potential funders can sign up to stay current with the hEmpowering Bottom-Up Indiegogo campaign by filling in the form here.