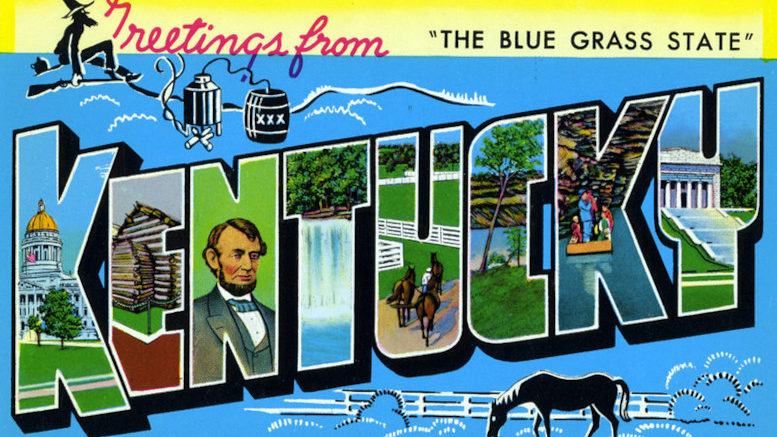 The Kentucky Hemp Association (KHA) has sued the state’s agriculture and state police commissioners after what it says were illegal raids at lawful hemp retail stores during which law officers were presumably looking to bust the establishments for products containing delta-8 THC.

The association last week asked a state judge to stop police from targeting delta-8 products based on a letter issued earlier this year by the Kentucky Department of Agriculture (KDA) which warned that the compound, which is made from hemp-derived CBD, is illegal. KHA also filed an injunction against the KDA.

The KHA claims state police illegally raided two lawful hemp retail stores June 15 in Morehead, Kentucky, and since then have raided another half dozen stores in the state.

In the letter, the agriculture department’s general counsel Joe Bilby wrote that “delta-8 THC is a Schedule I controlled substance under federal law and Kentucky law; that distributing products containing this substance is illegal; and distributing such products could lead to your expulsion from the hemp licensing program as well as potential exposure to criminal prosecution.

“For that reason, you should not manufacture, market, or distribute products containing delta-8 THC. Failure to heed this guidance could result in the revocation of your hemp license and expose you to the risks of prosecution by federal, state, and local law enforcement agencies,” the letter, which was addressed to the state’s 445 licensed hemp operators, warned.

KHA has argued that delta-8 THC is a legal derivative of hemp under state and federal laws, and warned that a negative resolution of the controversy could mean a “potential billion-dollar impact to Kentucky’s economy, hemp growers, producers, and retail store owners.” Association secretary Katie Moyer said sellers are losing $4,000 to $5,000 in sales per day attributable to the letter and the police raids.

But agriculture officials have said when hemp stakeholders first called for legalizing the crop they assured that hemp was not an intoxicating substance, which led to laws that separated hemp from marijuana. Delta-8 THC falls in a gray zone in that it is derived from hemp-based CBD through a synthetic process, and therefore is not covered by hemp laws, which address industrial hemp in its natural state.

All over the U.S. states are grappling with how to handle delta-8 THC, which has sparked a vibrant gray market. Nearly a dozen have already set outright bans on the compound. Colorado officials recently moved to ban sales of hemp-derived delta-8, and Alaska, Arkansas, Arizona, Delaware, Idaho, Iowa, Mississippi, Montana, Oregon, Rhode Island and Utah all have moved to block delta-8 THC sales.

Michigan, meanwhile, has put delta-8 under the state’s marijuana regulations, and California and Washington state are also considering such moves.

In Texas, stakeholders successfully campaigned against a ban. A bill that would have outlawed products containing delta-8 THC died in the legislature after agreement could not be reached on amendments between House and Senate versions of the measure.

The Kentucky agriculture department cited national news reports of delta-8 THC products having been found to contain battery acid and pool chemicals that have made people sick. KDA noted that poison control centers in Virginia, Michigan, and West Virginia have issued bulletins warning about the toxicity of the products.

Leafreport, a CBD reviewer, recently released a report on delta-8 THC in the U.S. that said the nascent hemp sub-sector is populated by inexperienced producers, and raised several issues regarding consumer safety. Leafreport advised consumers to avoid the compound after lab testing found that roughly two-thirds of 38 products analyzed contained levels of delta-8 different from that claimed on product packaging and in marketing materials.

Large marijuana concerns have also pushed back against delta-8 THC – which competes with their products containing delta-9 THC – suggesting lack of regulatory oversight often means heavy metals and other contaminants end up in popular delta-8 products such as gummies, pre-rolled cigarettes and vape liquids.