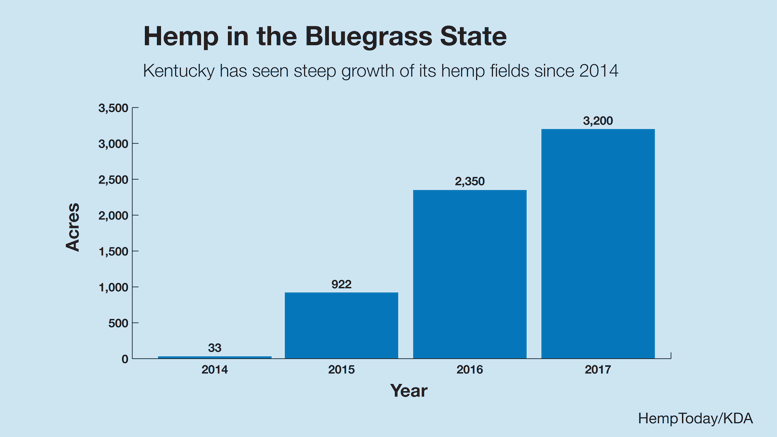 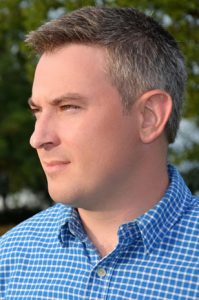 Farmers in the U.S. state of Kentucky are going for green matter as 185 of 225 who received approval to plant hemp this year say they’ll harvest for floral material, according to the Kentucky Department of Agriculture (KDA).

Among the other licensees, 103 said they’ll grow for grain or seeds, while 66 said they’ll plant hemp destined for fiber applications, KDA said in a release

Kentucky No. 2 in USA

Kentucky was the second largest grower among U.S. states last year with 3,200 acres under the crop. Colorado leads all states with 7,500 acres planted last year.

“Kentucky continues to lead on industrial hemp research, exploring every aspect of this versatile crop,” state Agriculture Commissioner Ryan Quarles said. “Because of the research conducted by our growers, processors, and universities, I am more optimistic than ever that we can put industrial hemp on a path to widespread commercialization once Congress removes it from the federal list of controlled substances.”

The KDA said it received a total of 257 applications – 243 grower applications and 14 processor/handler applications. Additionally, 43 participants renewed multi-year processor licenses. Applicants who were denied licenses in Kentucky may appeal their cases to a three-person administrative panel next month.

Kentucky benefits from rare political will in its efforts to revive what decades ago was a common state crop. From the state’s federal representation down to state government, hemp has proven a rare bipartisan issue in Kentucky. The state also boasts one of the nation’s leading hemp research programs at the University of Kentucky where, among other things, scientists are searching for thoroughbred hemp seed that will produce dual-purpose crops best in the state’s soils and climate; other state universities are probing further aspects of hemp’s potential.

The KDA operates its program under the authority of the U.S. federal farm bill, which permits industrial hemp pilot programs in states where hemp production is permitted by state law.