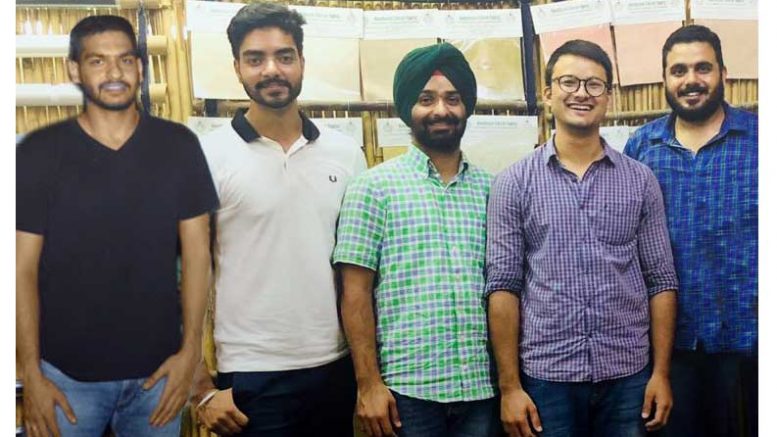 When five friends at Panjab University in the Indian city of Chandigarh became aware of an alarming suicide rate among the nation’s farmers, they decided to do something about it.

“All five of us belong to a farming background, and knowing that farming in India has played an important role in our development and identity as a nation, we realized that something needed to done for the backbone of the country,” remembers William Pal Singh.

Their answer was to form Esperanza Global Eco Solutions, a startup that’s exploring the agricultural, industrial and commercial potential of hemp as a multipurpose crop in India, with the ultimate goal to lift the fortunes of struggling Indian farmers.

Farmers on the edge

Nearly 70% of India’s 90 million agricultural households spend more than what they earn on average, pushing them towards debt, which is the primary reason for more than half of all suicides by farmers nationwide, statistics show.

These 62.6 million households have land holdings of one hectare or less, according to a report by the National Sample Survey Organisation (NSSO).

Water shortages, wild animals destroying crops, and a lack of market outlets for their production have many farmers fleeing the countryside to India’s cities in search of menial jobs to make a living, along with the high suicide rate.

Coming across hemp as they were doing research, Singh’s group realized the weather in India allows for year-round cultivation, a distinct advantage over western countries that get only one crop per year.

Hemp’s low water requirements, its potential to grow with no pesticides or chemical fertilizers, and its ability to help control topsoil erosion make it a highly viable crop for India, Singh realized. And hemp can be planted and harvested with slight modifications to equipment currently used for wheat planting and harvesting, said Singh, a director in Esperanza.

In addition to its potential in the Indian climate and ecosystem, the cash per acre output of hemp is much better than cotton, soybean, corn and other crops now grown by small farmers.

Esperanza is currently working in the hill state of Uttarakhand in northern India, one of only two Indian states that allow farmers to cultivate hemp if it’s under the 0.3% allowable standard for THC content. Hemp grows wild in Uttarakhand, where it has been part of the local culture for centuries.

The group has been conducting seminars and an awareness campaign to educate locals about the vast benefits hemp offers. Esperanza is working with farmers in the villages of Malli Kiroli, Jalali, Ranikhet and Dwarhat, all in the Kumoan region of Uttarakhand, where hemp is collected from the wild. Fiber is processed by local women and later sent to textile manufacturers and other industries. Some seed is also processed for food.

“We’re planning to set up a first spinning and handloom weaving unit in the Almora district that will help in the rural development of the region,” Singh said. “We are also working with textile manufacturing companies in Ludhiana in developing finer hemp fabrics.”

Singh said Esperanza also has plans to develop bio-packaging based on hemp paper, hemp bio-composites in plastics as well as finished clothing, while it promotes the idea of the sustainable lifestyle among Indian consumers.

“Our company’s vision is to preserve and build a sustainable future to eradicate exploitation of natural resources and propagate organic and traditional practices, uplifting the economically weaker section of society,” as Singh puts it. He sees a need to streamline the value chain by cutting out middlemen who can prevent farmers from receiving a decent return on their crops and labor.

“We have to help them get access to the right markets, and help them earn their fair share through hemp and green technologies,” Singh said.

Singh doesn’t discount the challenges to hemp in India, which mirror those of many other nations: Confusion over the regulation of cannabis and a general lack of awareness of the plant among the general public; uneven application of existing laws on the ground and a lack of understanding of farming and other rules even among government officials.

In a more practical context, it’s not always easy to locate seeds that will produce hemp plants under the 0.3% THC limit allowed by law, Singh noted.

And he worries what will happen with respect to the development of the planting seed supply in India in the framework of standardization efforts under way in the industry. “This could be a danger to native seeds, and bring the threat of disease transfer to indigenous varieties through breeding,” Singh said.