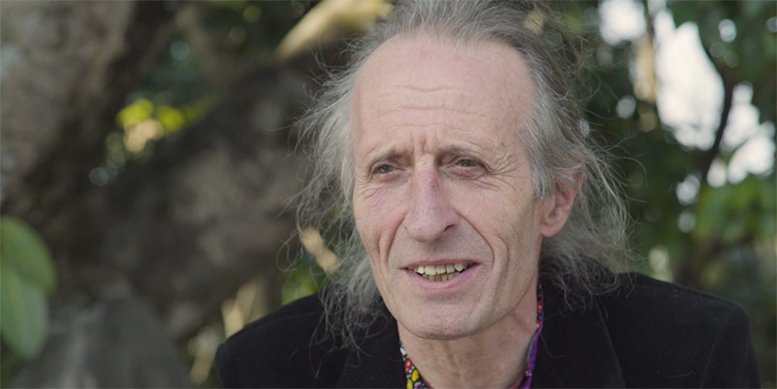 It’s not just “the times that are a changing.”  This is not a time of normal change as in the seasons or fashions or the date on the calendar.

This is the time of the biggest changes humanity will ever have to make. A grandiose statement for sure, but one I am constantly in recent times attempting to make with as much impact as I can, as I realize that many people still really don’t understand what is at stake.

So let’s take one of the common statements being made at the moment that make a slight reference to our condition emanating from the media or the world of politics: Business as usual is not an option! This is a phrase that might easily be used in our hemp building sector. But is anyone really listening to the underlying meaning of this collection of words? In situations such as this I have learnt that it benefits my understanding if I can get a bit of perspective on an issue to both grasp it and see a possible solution.

Living in a meme world

Our busy, modern, technological lives have trained us to accept a collection of realities without question in a similar way to memes flashing up on our Facebook page. Though recently there has been a move to question what we are being told, this has descended into the quagmire of “fake news,” especially any bit of information that might mean having to change one’s lifestyle. For instance it’s all a bankers conspiracy! Or climate change is completely normal. It’s nothing to do with us humans.

Well, the banking world has certainly created a system tilted towards the profits pouring into their own pockets, but it is the short term thinking of those who use the banks, and it means that we punters, as a mass of stupidity, keep borrowing from a future already bankrupted by debt.

The cry of climate change deniers that it’s not our fault the planet’s climatic control is malfunctioning, is just another way of saying  “I don’t see why I have to change the way I live, drive my car, heat my home, eat my meat or dream my dreams of more, more, more.”

What we have to understand is that if we do make moves in a direction to save ourselves, the vested interests desperately attempting to reassure us that we still need to keep buying and borrowing, will go into overdrive as they tie themselves in knots trying to keep the adverts positive about the potential for keeping the consumerist show on the road (but with a little greenwash to keep it fashionable). In a worse but likely situation, the anger being felt by those who are the first to lose out, might end up in violence on the streets.

These visions of a future are becoming what is termed the “new normal,” and are in fact happening, with weather events that 20 or 30 years ago would have seemed outrageous, but are now reported as if we would expect that kind of extreme anytime.

Things such as forest fires that burn sporadically for years or the deluges of rain that turn burnt mountainsides into a moving mass of murderous mud are now reported with such regularity that it is no longer surprising, as can be seen by the reaction to both Puerto Rico and the Bahamas being completely destroyed, or the dramatic spread of fire in every large forest on the planet. Oh, that’s normal. That happened last year didn’t it?

So what has this got to do with using hemp to build houses? To start with, it is also about change. Changing the way we choose materials, changing the way we think about using the building, how we design it, the systems we use during construction and the utilities installed within. It’s also about how we think of comfort in a broader sense.

In a book published last year, Paul Hawken editor at Drawdown, a nonprofit that advances solutions to global warming, proposed 80 actions humanity could take to address the carbon issue. No. 1 on the list was tackling the use of air conditioning and refrigeration as the usually incorrect disposal of the chemicals still used in these systems is an extreme addition to other greenhouse gases, and the energy needed to operate them is colossal. Millions of extra units are expected to be sold in the next few years, particularly in the Asian market.

How do we address this? We don’t just build hemp houses!

The design of the building is in many ways more important. As a child I hated the annoying song (often coming from our home radio) about “Little Boxes all made out of  Ticky Tacky,” and as I have grown older it is more a reminder of my revulsion of bad systems of building our infrastructure. Walls that buffer heat or cold, tall rooms to take the heat up and away and simple technologies such as wind towers, or just shading externally can all replace the  machines we now use to turn our homes or offices into refrigerators. Building a house suitable for Sweden in Texas is, to put it bluntly, stupid. Especially if it is about external appearance.

So we in the hemp world need to work with architects to get the right ideas to start with. That’s once the architects have understood the material, so it’s a two way requirement.

We really have to think seriously about the way we live. As the wonderful Gretha Thundburg said, “I want you to panic!”

Steve Allin pioneered the International Hemp Building Association (IHBA), which he serves as director. An author, teacher and consultant on ecological building, he has been building with hemp and promoting hemp’s use in construction all over the world for the last 20 years.