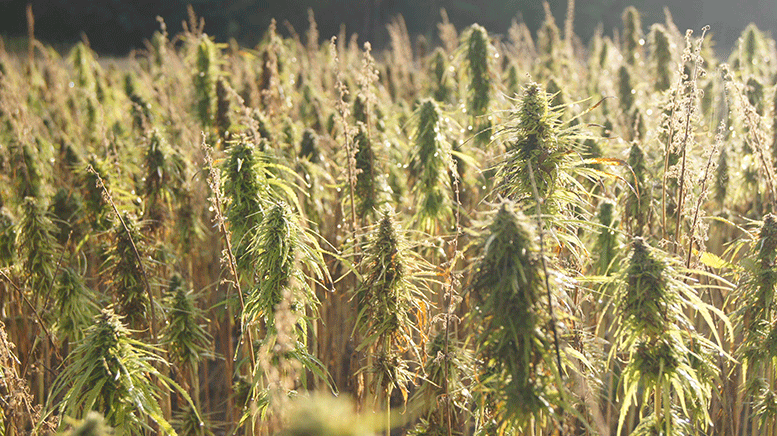 The growth will be driven by grain and fiber production, which have long been the determinate sectors in Polish hemp output, according to leading Polish hemp company Kombinat Konopny.

“The rush towards flower biomass production (for CBD) has proved short-lived, but its scale has never been really substantial” in Poland, said hemp veteran Maciej Kowalski, Kombinat Konopny ‘s CEO.

“Use of hemp as highly-nutritional food will certainly be on the rise, adding to the total cultivation in Poland and Europe,” and “slowly but surely the straw processing will be picking up, thus creating possibilities for farmers that are already more than willing to cultivate hemp large-scale,” said Kowalski, whose company makes products from all parts of the hemp plant.

After hitting a peak of 3,500 hectares in 2020, a number of factors have caused Polish hemp fields to shrink.

In addition to Polish growers backing out of CBD in the midst of a massive crash in that subsector, a ruling against the Finola grain variety – popular among Polish growers – inhibited hemp farming for food seed beginning in 2021. Polish farmers could grow Finola, but their crops were not eligible for essential European agricultural subsidies because the variety previously showed THC levels above the EU and Polish limit of 0.2%.

“Polish farmers had to compete with German, French and Lithuanian producers that received €300-600 per hectare in subsidies, making the domestic farming of Finola completely uneconomical,” Kowalski said.

With the EU moving to a 0.3% THC limit for hemp plants beginning next year, problems with Finola will be resolved. And Poland’s highest administrative court has affirmed the legality of unprocessed products made from the hemp plant’s flowers and leaves, an issue other European countries continue to struggle with. That clarity, given in a permanent decision by Poland’s highest administrative court, could give Polish producers at least a temporary edge in flower-based extracts.

Polish rules can still be improved. Kowalski said increasing the limit for THC “on the field” to a full 1.0% and setting the recommended daily dose for THC at 1mg would make the Polish hemp industry more competitive immediately.

And while demand is steady for hemp-fiber-based building materials and textiles, processing infrastructure is still needed in Poland. “Farmers want to grow raw material, but the industry wants end-products,” Kowalski said.