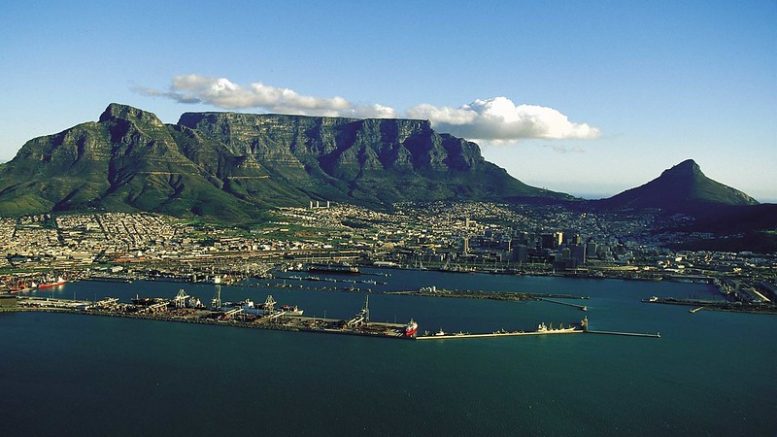 South Africa could have a hemp program in place by 2023 under a recently released draft National Cannabis Master Plan (NCMP) that sees the plant as a potential economic driver that can lift up small-scale growers from poverty stricken areas of the country.

The master plan is underpinned by the “Re-imagined Industrial Strategy” of President Cyril Ramaphosa’s government, an initiative that promotes industrial development of the country with a specific focus on public-private sector partnerships.

The NCMP sets out eight pillars necessary to support the emerging legal cannabis economy, and serves as the framework for a legislative initiative covering both industrial hemp and marijuana under oversight of the Department of Agriculture, Land Reform and Rural Development.

The much anticipated plan follows a number of studies going back two decades in South Africa that showed the domestic cannabis industries can thrive if current legal restrictions can be amended or removed altogether.

Release of the NCMP follows the government’s rescheduling of CBD and THC in May 2020 through the amendment of previous drug laws, and exemption of industrial hemp from medical control under a (relatively low) 0.2% THC guideline. Those changes came after a landmark Constitutional Court judgment in September 2018 that ruled the use, possession and cultivation of cannabis in private dwellings for personal use was not illegal and should be allowed in South Africa.

The draft NCMP was leaked a few days before a recent virtual workshop that attracted more than 300 stakeholders at the end of March. Though the plan has been lauded as progressive in many ways, some have criticized the late start of public participation in drafting the much anticipated legislative guidance.

“While it is great to see that the different departments have come together to make some progress towards enabling legislation, I feel it would have been much better to properly engage the industry sector experts and civil society earlier on as there are some issues that have been glossed over or missed entirely,” cannabis activist and businessman Tony Budden of Cape Town-based Hemporium told HempToday.

“It is progress though, and hopefully will bring us closer towards seeing sustainable cannabis industries in South Africa,” Budden added.

The NCMP suggests the country achieve three key things by 2023: Declare hemp as an agricultural crop; make amendments to the Drugs and Drug Trafficking Act; and develop new policy and legislation for the commercialization of hemp and dagga (the colloquial term for marijuana).

“With South Africa’s economy facing sluggish growth and society facing the impacts of COVID-19, the commercialization of cannabis (can have) a net-positive impact on the country by potentially creating new jobs,” the plan says. The government estimates that the cannabis industries can create up to 25,000 jobs, and generate $1.9 billion in revenue per year.

“Enterprise and supplier development are important in terms of ensuring sustainable growth and development of the cannabis industry,” the plan suggests, envisioning the formation of cooperatives of small farmers that can participate in the larger cannabis value chain.

With current net imports, South Africa is a proven market for hemp products, the plan notes, suggesting the growing demand for locally-produced hemp products can be met by domestic companies on a lower cost structure, which can also enhance the country’s export possibilities.

But the legal status of hemp needs to be sorted out in order to unlock the full economic potential of the industry, the plan says, calling on government departments to enact amendments to existing laws that prohibit hemp production.

“It is important to establish a new legal regime that must be clear to the general public, industry stakeholders and law enforcement agencies, with enforceable rules” the plan suggests. “This includes amendment of existing legislation by removing existing constraints that are hindering commercialization.”

The plan also admits other challenges, including the lack of manufacturing capacity, limited investment in R&D, and a highly fragmented market. High entry barriers are also highlighted as a big challenge within the South African context, as well as, according to the government, the “threat of takeover by big corporations and pharmacy groups with big money.”

The NCMP notably emphasizes development of cannabis seed genetics. Observing the lack of a formal seed supply system, the plan suggests South Africa’s Agricultural Research Council (ARC) and other research organizations expand breeding programs for new marijuana and hemp cultivars. ARC will be responsible for researching native land races, and for importing and trialing potentially suitable cultivars from other countries before they are released for use in South Africa.

Managing cultivation seed is critical to overcoming the current grey market in which growers are at risk of being sold poor quality seed with low germination percentages, the plan points out. The current market status “creates a regulatory challenge in that it is virtually impossible for the government to regulate and guarantee the quality of seed that is traded.”

The NCMP recommends a compulsory seed regulatory system in which permits are issued for breeding, multiplying and sales of cannabis planting seed, and a system to track those seeds through the value chain.

In management of cultivation seeds, the plan suggests development of import and export control systems and protocols; that all marijuana and hemp cultivars undergo testing to ensure their distinctiveness, uniformity and stability before they are released for sale on the South African market; and that seed destined for both domestic and export markets be tested for quality and viability.

To this end, the national plant breeders act has already been amended to include hemp and open the market for the variety listings, according to Thabo Ramashala, director of Plant Production at the Department of Agriculture, Land Reform and Rural Development.

Though having a hemp program since 1999, South Africa has failed to make needed amendments to the laws or establish any meaningful hemp industry, with the police often violently persecuting indigenous cannabis growers. Now it seems the government has a fresh approach to the plant, and intends to celebrate and actively build the “entire” South African cannabis value chain. The government has even hinted at the protection of the word Dagga, the colloquial term for marijuana, using appellation of origin legislation.

Among other key considerations, the National Cannabis Master Plan calls for:

With reporting by Arne Verhoef