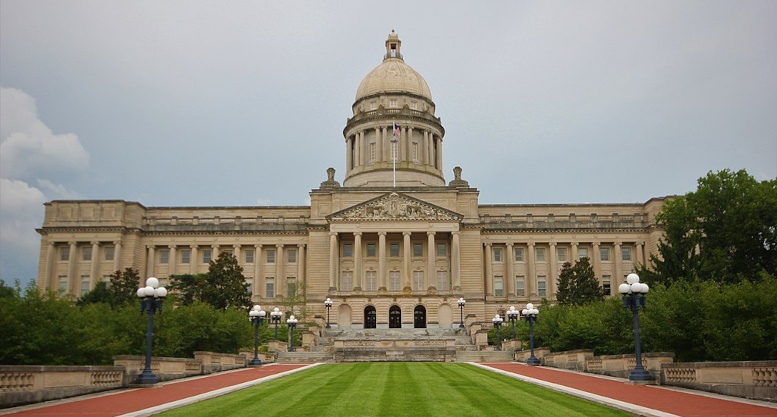 A bill circulating in the Kentucky legislature would ban all forms of “intoxicating products” derived from industrial hemp, including those with delta-8 THC, a compound many U.S. states are grappling with as they refine cannabis laws and regulations.

The draft law put forth this week would also outlaw smokable hemp in the form of cigarettes or cigars as well as smokeless products such as chew or dip; whole hemp buds, hemp teas, and ground hemp flowers and leaves.

In addition to delta-8, a form of THC distinguished from the more common delta-9 THC prevalent in marijuana plants, the proposed legislation would specifically outlaw other hemp-derived minor cannabinoids such as delta-10 THC, THC-O, and THC-P, according to an unofficial copy of the bill.

Delta-8, fast-growing in popularity, is produced by extracting CBD from industrial hemp and then using acetic acid to turn it into THC through chemical synthesis. Hemp stakeholders in Kentucky and other states have claimed the compound is legal under provisions in the 2018 Farm Bill, but regulators have pushed back because delta-8 THC is not derived from the hemp plant in a natural manner.

Producers argued against a previous interpretation of current state cannabis laws by the Kentucky Department of Agriculture (KDA), which last August declared delta-8 THC a Schedule I controlled substance at both the state and federal levels. KDA at the time warned that distributing delta-8 products could lead to revocation of hemp licenses and criminal prosecution.

The bill proposed this week would shore up existing language to enshrine the ban in Kentucky law.

Potential billions to be lost?

Many U.S. states are grappling with how to handle delta-8 THC, which has sparked a vibrant gray market, with some setting outright bans. Other states have put delta-8 under marijuana regulations.