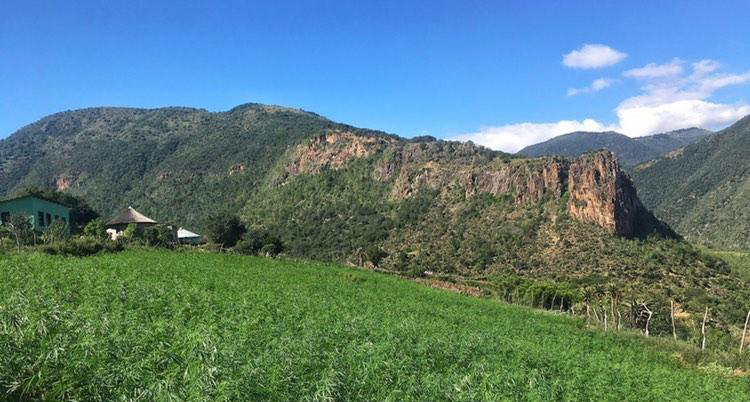 While South African officials have said hemp may be approved as an agricultural crop as soon as May this year, some stakeholders remain skeptical of the government’s plans, questioning proposed allowable THC levels and a strategy to rely on imported seeds critics say are ill-suited to the South African environment.

Nomakhosazana Meth, a member of the Executive Council of the Department of Rural Development and Agrarian Reform, said recently that a cannabis bill would be brought to parliament as soon as April this year, with hemp to be classified as an agricultural crop the following month. She noted that the gap between the cannabis industry and the government is “finally closing.”

Meth’s announcement came during a conference in East London, in the rural Eastern Cape province, that was attended by government dignitaries including several mayors of traditional cannabis production regions.

The conference came on the heels of South African President Cyril Ramaphosa’s comment during his recent State of the Nation address that the country this year would “open up and regulate the commercial use of hemp products, providing opportunities for small-scale farmers; and formulate policy on the use of cannabis products for medicinal purposes, to build this industry in line with global trends.”

The conference gave stakeholders a chance to discuss the potential and way forward for cannabis in the country, and some attending had serious concerns. Despite the president stating that the new laws would be in-line with international trends, many in attendance questioned the government’s ability to uplift the thousands of rural cannabis farmers via “western” hemp trends. They pointed specifically to plans for a maximum THC level for hemp of 1.0%, which is at the outside limit of a recent trend in countries around the world who are pushing THC standards higher, but which could exclude many South African landraces. Advocates say prized indigenous landraces of cannabis should be conserved, and that these native varieties have great promise for industrial hemp applications.

‘Use what you have’

“You have to use what you have to get where you want to go,” Garreth Prince, a human rights advocate and lawyer said. “We don’t need to please the rest of the world.” He is among advocates who want to declare cannabis as a normal agricultural crop, with regulation limited to end-products and their manufacture.

Some stakeholders also warned that prohibitive costs of complying with proposed regulations and licenses will exclude traditional farmers, many of whom are in deep poverty, and to whom the plant has been touted as a “savior crop”.

But attendees were also upbeat. “It was great to see the conference well-attended by government, as well as rural farmers and traditional growers,” said hemp veteran Tony Budden, of Cape Town-based Hemporium.

“A key take-away is the need for local industry and not just an export market,” Budden noted. “South Africa may have had a head-start to do that when we started research in 1996, but now that ship has sailed and we have to focus on the local market. This is good, though, as we have people who need the houses, need the food, need the healing and need the jobs.”

Budden also said it became clear from speaking to attendees and the government representatives is that Africans want hemp. “They can see that hemp is what’s going to lead to the real needs of the community being met, over just focusing on medicinal and pharmaceutical-grade facilities that may make more money, but have a much smaller opportunity for impact.”

Also during the conference, a comprehensive policy reform document for an Afrocentric cannabis industry was again handed to the government by Fields of Green for All, a non-profit fighting for human rights and sustainable development within the hemp industry. – Arne Verhoef