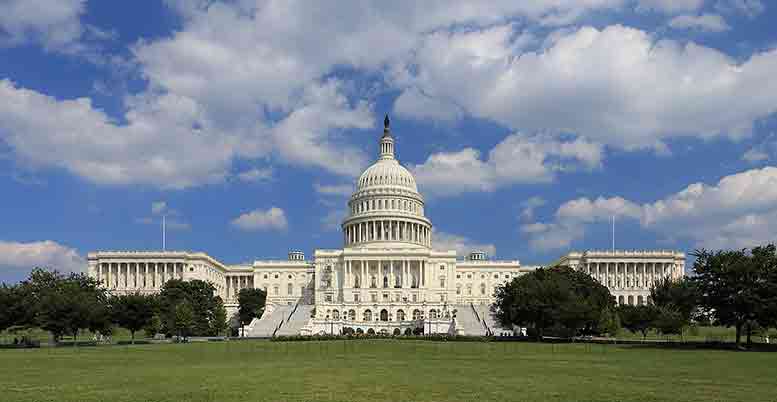 The appropriations committee of the U.S. House of Representatives has directed three federal agencies to revisit the scientific underpinnings of the current 0.3% THC limit for industrial hemp, the level set out in the 2018 Farm Bill that legalized the crop federally.

In a report accompanying appropriations legislation for funding that covers the Department of Agriculture (USDA) and the Food and Drug Administration (FDA), some lawmakers questioned the Farm Bill’s 0.3% THC limit, prompting the committee to call on the USDA, the Department of Health and Human Services and the Drug Enforcement Administration to study the issue.

The report reflects on a number of critical THC and CBD issues, and other provisions regarding industrial hemp.

“The Committee is concerned that the level of allowable THC content in hemp may be arbitrary and pose a burden on hemp producers that is not supported by science,” the report says in instructing the agencies “to study and report to Congress on whether there is scientific basis for the current limit of 0.3% THC in hemp and suggest alternative levels if necessary.”

Raising the THC limit to a full 1.0% is widely supported by American hemp stakeholders, and was among proposals in a bill, The Hemp Economic Mobilization Plan (HEMP) Act, introduced earlier this year in the U.S. Senate.

The higher level has been promoted by hemp interests because CBD in hemp plants rises in proportion to THC, giving producers an edge in economics. Also, such a raising of the THC limit would help shield farmers from crops going “hot,” or over the THC cap. In many states such crops must be destroyed.

Finally, such a change would put the U.S. on a par with many Asian and Latin American countries that are abandoning the widely observed global limit of 0.3% THC and establishing the 1.0% THC barrier, as regulatory systems for industrial hemp evolve around the world.

The House appropriations report also said a resolution is needed for hemp that may be compliant in the field but goes beyond the 0.3% THC level during certain phases of the production process. Some companies have expressed concern that they could fall victim to enforcement action in the absence of regulatory guidance, which should be worked out by the USDA and DEA, the committee said.

While long-awaited FDA regulations for CBD in food languish, the House report only suggests the “committee expects further progress on regulatory pathways for cannabis-derived products that contain cannabidiol.”

That issue has also been addressed in proposed House legislation, and in a draft Senate measure, both intended to get control of a CBD market in which a plethora of products are available in the absence of an FDA approval system to protect consumers. Both bills would make hemp-derived CBD products legal as an ingredient in dietary supplements, foods and beverages under the Federal Food, Drug, and Cosmetic Act.

In other highlights from the House appropriations report, the committee: