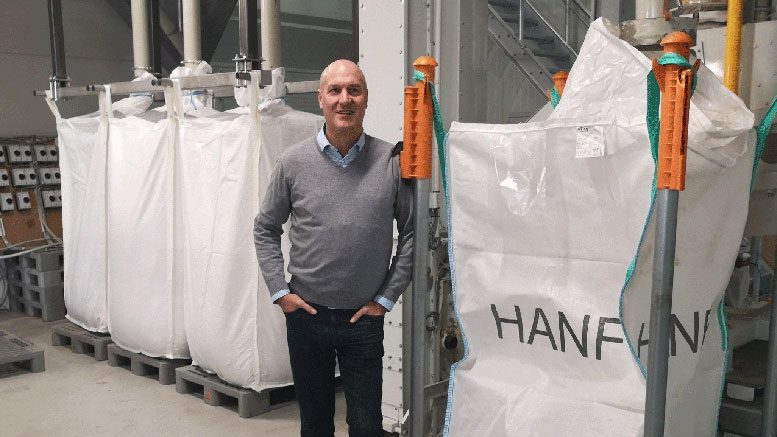 European hemp pioneer Daniel Kruse has been elected President of the European Industrial Hemp Association (EIHA). A 26-year veteran of the industry, he is founder and CEO of Hempro International GmbH & Co. KG and HempConsult GmbH, two of Europe’s leading hemp companies.

Kruse, elected during the 27th General Meeting of the EIHA Friday, Nov. 22, replaces Mark Reinders, CEO at Holland-based HempFlax, who served as EIHA president for five years. Reinders will continue with EIHA as a board member.

In other changes at the EIHA secretariat, two new board members were elected. They are Jacek Kramarz, Director of Development at Poland-based CBD producer HemPoland, and Christophe Fevrier, General Manager at Hemp-It, a French seed breeder.

They replace Boris Banas of Czech-based CBDepot, and Philippe Heusele, Inter-Chanvre, France, both of whom stepped down from the board. Holdover members of the EIHA board are Catherine Wilson, CannaWell, UK, who serves as EIHA vice president; Bernd Frank, BaFa Neu GmbH, Germany, EIHA Treasurer, and Rachele Invernizzi, president at SouthHemp, Italy.

Kruse has been an EIHA director since 2013, and has long served industrial hemp stakeholders before the European Union and German governments, where his work has helped advance the legal and regulatory framework for the industry.

In 2014, Kruse founded HempConsult to respond to the growing need for advice specifically for the hemp industry. HempConsult tracks industry trends and developments in the global hemp markets, carries out market research, and serves as an advisor to entrepreneurs, start-ups, investors and other industry stakeholders in the development of strategic goals and their successful and sustainable implementation.

Kruse also is involved as shareholder and adviser in HANF FARM, MH medical hemp and Hemp Factory, all of which were founded in 2014. HANF FARM is active in cultivation, seed development, seed propagation and consulting. MH medical hemp specializes in CBD extraction as well as the development, production and global marketing of hemp-based cannabinoids and products containing cannabidiol, and is in the approval process for the distribution of medical cannabis. Kruse supported HempFactory in the 2017 expansion and relocation of its production facilities. The state-of-the-art, solar-powered site in Borken, Germany, started production at the beginning of 2018.