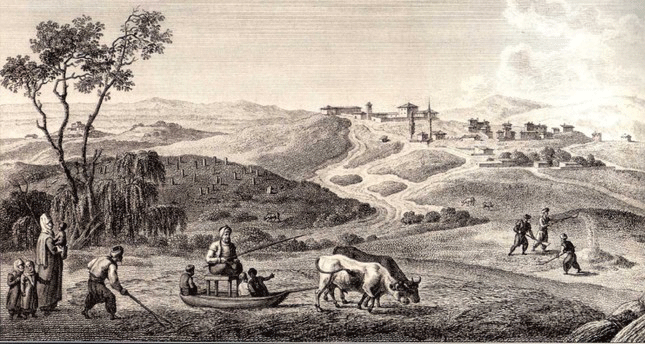 Hemp was a major crop in Turkey during the Ottoman empire.

Turkish engineers have developed hemp stripping technology they say can turn out one ton of fiber per month, significantly reducing time and labor involved in separating the fiber from hemp stems, which has traditionally been done by hand in Turkey.

Astab Tütün Makine Limited Şirketi (ATM), Bornova, Turkey, a maker of tobacco processing equipment, developed the machine with support of the General Directorate of Agricultural Research and Policies. The new technology, which was three years in development, was recently unveiled at the Black Sea Agricultural Research Institute in Samsun province.

ATM said the development team is working to increase capacity of the machine, which bypasses the retting of hemp stalks in water, and can also strip away fiber from nettle and linen plants when adjusted. Hemp rope-making technology is also in the works at ATM, the company said.

Hemp cultivation in Turkey has fallen off in recent years primarily because of labor costs, with current production limited to Narlısaray in the Vezirköprü district of Samsun province. But hemp has a long history in the country, and was a major crop during the Ottoman era, having been grown not only in Samsun, but in the provinces of Sinop, Kastamonu, Amasya, Çorum, Tokat, Yozgat, Ordu, Burdu, Urfa and Malatya. Historically, hemp was used by the Ottoman Navy, and by private individuals for production of fabric, twine, rope and sacks.

Turkey is widely considered to have a well-integrated textile infrastructure. Textiles, apparel and carpet production – mainly based on cotton – are important sectors in the Turkish economy, bringing 10% of the country’s GDP, and representing 20% percent of total employment and 40 percent of industrial production. Finished garments amount to roughly $8 billion per year, and make up 5% of total global trade, with USA, Russia, UK, Germany and France top export destinations.