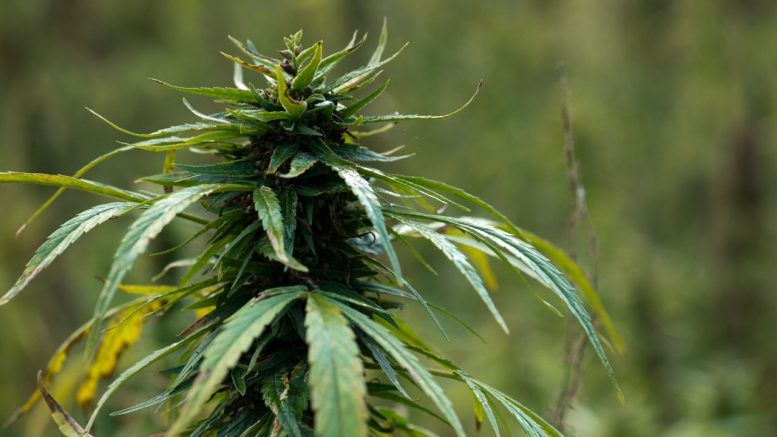 By Steve Allin | International Hemp Building Association – The materials we obtain from the hemp plant can help us get back to basics but how about the basics of hemp? The original aspects of hemp are promoted as being able to provide great improvements to our environment, our quality of life and essentials such as food, clothing and shelter.

As we pass the 10-year commemoration of the Great Crash of 2008, it is time to take stock of where we now find ourselves from a society and community perspective. Many media outlets have been reviewing the situation as we pass the decade mark since first Lehman Bros. and then the rest of the financial world very nearly completely collapsed.

What is often forgotten is how we managed to avoid a complete disaster. Some people will remember terms such as “quantitive easing” or “debt restructuring” being banded about at the time, and up until recently you might be forgiven for thinking that these seeming solutions worked at least partly to fix things.

The reality, unfortunately, is far from that. In fact, the underlying picture is getting far worse. The main reason for that is that all the money created and put into the global economy was in reality debt, and debt has not only to be paid back but paid back with interest; and here is the problem.

In the years just after the crash I asked several bank managers and assistant managers if they really understood how the money system worked. By this I did not mean how the banking system worked, as this question would have been answered with all the terminology of economists, which as I will point out is not actually economics but accountancy.

Accountants know how to balance books, tot up figures and put them in different columns etc., but they know nothing about the origins of the money they are making calculations with. It’s a bit like a carpenter knowing all about how to cut up a piece of wood but knowing absolutely nothing about how the timber was grown. It would be as if the tree just materialized out of nowhere onto their bench, ready to be worked on.

Economists should understand this but the vast majority have no clue; they are lost in a storm of terminology. So the basic question I asked these bankers was based on the simple fact that all money we (as in individuals, industry or governments) use day to day or store as savings or investments is created by borrowing it into existence (fractional reserve system).

What we don’t create is the interest due on all these borrowings. So my question was where does that interest money come from? Most would assume bankers would know, but as they attempted to answer me they realised they didn’t know at all!

I have tried many times to explain this concept to people, together with the implications of this system. Most people’s eyes glaze over as they excuse themselves from the conversation with statements such as “I don’t understand economics,” as if it is an alien language from another planet. So I have attempted many different versions of trying to explain it. One way would be to use the game of ‘Monopoly’; most of us have some understanding of the game.

The board game is based on a finite amount of ‘money’ which is to be used by the players during the game. If it reflected reality a little more there would be the possibility to just print more if it was needed but this is not the case because if, like reality, you could just print more there would have to be interest paid, which would create the same problem we have here on the streets of ‘reality’’?

Of course Monopoly doesn’t reflect real life completely but there is one basic similarity – there is only one winner. As in ‘real life,’ eventually many people can’t pay their mortgages or rent and one person ends up with all the money. This goes against the standard concept of a ‘trickle down’ economy unless you turn the pyramid upside down and see how the wealth trickles down to the rich at the bottom of the structure.

The gap is growing

All over the world we hear about a housing problem at the moment. Whether it is in the developing world, where the vast majority of the populations live in some type of shanty town, or whether in the developed world where increasingly the gap between the richest and the rest is growing wider everyday and homelessness and bad quality housing are causing growing social problems.

This situation is made worse by the fact that the potential for most people to find state-administered housing is reduced by a lack of government funds and the will to change the situation; meanwhile the cost of a mortgage is totally beyond the average worker as wages are driven down by the effects of globalisation.

In the current state of our economic system, as fewer people borrow money, there is less of it in circulation and we pass from boom to recession to the last stage of the game, which is called deflation. This condition occurs when the price of manufacture of goods becomes greater than the customer can afford, making it impossible to pay for anything. This is certainly the case with housing at the moment.

In some regions of the Western world we are seeing a bit of what some people are calling a “boom” again, but it is nothing on the scale we saw just before the 2008 crash; and it is more of an increase in spending on smaller items such as clothing and furnishings rather than bricks and mortar. So what has this got to do with hemp or building?

The term “tipping point” is often used about the state of affairs these days, and despite the distractions of the circus in the White House or with Brexit, this is very much an apt description of what is happening right now. Many of the reasons “populism” is on the rise is that there is a growing disease about the unfairness of the expanding divide of wealth and the lowering of quality of life or of future expectations.

There were many problems identified by both Trump and the “Brexiteers” that were certainly real,such as the damaging effects of globalisation or the disastrous T.T.I.P. and T.I.P. deals that governments were sleep-walking us into; but the solutions offered by both these camps will solve nothing.

Our money system totally relies on “growth” or an ever-growing debt level to create the extra cash to pay that interest, and for that we would need to have never ending supplies of resources to enable us to keep that expansion possible. As we can easily see our forests are shrinking together with the life forms that depend on them, our food is traveling more unsustainable miles to reach our plates and is prepared by workers earning less than a living wage while new buildings and renovated older stock are being built or repaired with unsustainable and in some cases toxic materials.

In the whirlwind of advertising for all the frivolous aspects of life we are bombarded with on a daily basis, it is easy to forget the basics such as simple food and shelter. These are needs that should be available to everyone and indeed could be a lot more of a possibility if we focussed on how we can create the necessary components of the hemp building system.

In the “hemp world” currently there is a deafening roar of excitement around the medical uses of Cannabis. I have recently been bombarded with requests for advice about how to tack a hemp building plan onto a medical cannabis plan as a kind of after-thought.

I have two problems with this. First is that with the latest developments in plant breeding and regulations in Canada and the U.S., the focus has changed to growing flowers rather than biomass, resulting in either fields or glass houses full of individual plants. This does not help the small farmer or the environment, as was originally the aim of what I would recognise as the “hemp revival.” Secondly, as someone who has used primarily natural medicine all my life, it is approaching health from the wrong angle.

Addressing the health of occupants of a building before it makes them sick, or changing the type of food available to encourage health initially is a better method of maintaining public health than trying to provide the pharmaceutical industry with a magic cure-all.

Scale of enterprise is another issue. Again recently I have had people hoping I will help them for free to write business plans hoping to raise millions of dollars. Some plans will inevitably require large amounts of investments but plans based around hemp have aspects that don’t fit into the concept of just throwing money at them.

As I am constantly having to remind those contacting me for advice, the first thing you need is hemp! Not a few acres of individual plants but whole fields of closely grown industrial hemp. This is not the hardest part, you might think, but most farmers are not sitting around with large areas of farmland that is not producing already.

Most of them will need to change from what they are already growing to hemp; they might even need to convert from grazing land to tillage, and this is quite a change of knowledge and systems. Even if they are already growing crops on a large scale, the fertilizer requirements will be different or need to be adjusted, and investment might be needed in new machinery for sowing or harvesting.

To produce materials sufficient even for a small scale building operation on a yearly basis, a few years are required; it will not happen overnight without some sort of difficulty arising. To then expand this to supply an industrial scale enterprise is another hurdle and one that will involve the cooperation of many farmers to create the regional supply needed to keep a factory going all year.

Many if not most industrial setups have relied on mineral extraction from a massive existing source such as a mine. Others might rely on pre-existing sources of timber from ancient forests, but with hemp we have to create that source, and for most business plans, quickly.

It is for these reasons I am usually more happy to start from a smaller base to establish a core group of expertise and then expand to an industrial scale. In other words to grow “organically,” not expecting to force the project forward.

I seem to need to make the point that CBD production is not likely to provide the range of benefits that industrial hemp can, and so any hemp building plan will be more in line with the production of bio-composites for the automotive industry, seed production for food or fibres for textiles.

Those are the basics of life: Transportation, food, clothing and a roof over our heads. If we get that right, maybe we won’t get so sick that we need so much medicine.

Steve Allin is the Founder and Director of the International Hemp Building Association.