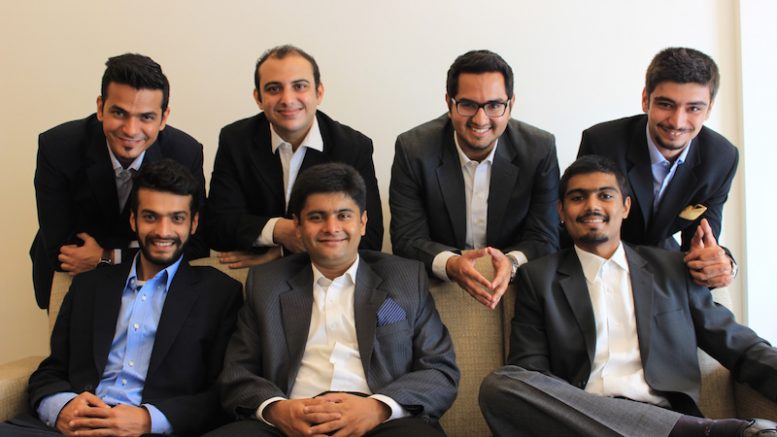 When seven graduates from the H.R. College of Commerce and Economics in Mumbai wrapped things up in the classroom back in 2011, they were sitting around wondering what to do with their newly-minted diplomas.

“We had a pretty passionate discussion about the need for innovation in Indian agriculture,” said Chirag Tekchandaney, one of the seven. “When we stumbled upon what was happening with hemp in Australia, we became convinced it had immense potential in a country like ours,” added Tekchandaney, who now serves as marketing and HR director for BOHECO (Bombay Hemp Company Pvt. Ltd), which the seven partners formed in 2013.

The group, all in their 20s, then set out on a two-year research project involving extensive farm visits to fully explore Indian agriculture’s fundamental problems, and talks with top Indian agriculture enterprises about developing the concept of a wide-ranging hemp-based business.

“We could see we needed to work with existing agriculture models and industries to integrate hemp as a superior raw material into their setups,” said Sumit Shah, BOHECO’s director of operations and supply chain, noting that the combination of hemp’s high-value-yield and India’s small farms – which average only 1.6 hectares in size (about 4 acres) – make for a natural combination.  And while nearly 60% of India’s workforce is in the agriculture sector, the nation’s farms contribute only about 13% to total GDP. Definitely indicating potential.

At the same time, the partners recognized the need to develop domestic demand at the consumer level and, after forming the company, started to conceive textile, food, construction and bodycare divisions, Shah noted.

Already, BOHECO has set a unique model in India’s hemp- and nettle-based handloom industry, providing minimum price supports to 25 artisan families in which the men collect hemp fiber while the women of these families weave the raw material into colorful fabrics. BOHECO then links those products up for retail sales in India’s vast urban areas, Tekchandaney said.

“It’s a huge job,” said Tekchandaney, involving everything from policy advocacy among government ministries and departments, to scientific research with national agricultural ministries and research institutes; from product development with rural communities, co-operatives and entrepreneurial enterprises to creating a market base and demand for hemp among more than a billion people.

“And the export potential is immense,” Tekchandaney said. “With the growing demand in China, North America and Europe, the existing global suppliers are struggling to keep up with the growth.”

While it’s difficult to estimate revenue potential for a fully mature Indian hemp export market, the country’s Ministry of Textiles has pegged the potential for textiles based on hemp and nettle fibers alone at 2.4 billion rupees ($37.6 million). And BOHECO continues to work on the broader economic models – and potential – for such things as medicinal cannabis and hemp seed as well as food and construction industry applications.

The company is now entering a third phase of development in which it is deeply researching hemp seed, said Avnish Pandya, BOHECO’S R&D director.

Indian federal drug laws allow the government to license the research and commercial cultivation of hemp under the Narcotic Drugs & Psychotropic Substance act — setting a clear path for the industrial hemp market to grow. But standards for THC content are yet to be established – a process BOHECO believes will take a couple years and in which it is taking an active part.

“Currently there’s very little scientific data available on the THC/CBD levels of these ‘wild crop’ plants, so the first step is to characterize the germplasm and collect essential data around that point,” Pandya said. “This will give us a better idea of the next steps we should take.”

The research – aimed at standardizing the “wild crop” seed strains – is in conjunction with various central and state institutes that are also helping BOHECO develop hemp breeds most suitable to Indian soil and climactic conditions.

That effort has been aided – in part, and ironically – by capitalizing on “inherited, innate traditional knowledge of hemp seeds and fibres that have long provided local subsistence” in India through production of such diverse products as rope, foods and fuel, according to Shah, who notes that even more lucrative business in biotechnology, medicine and nanotechnology are in the offing.

Overall, the company works on a wide range of studies with institutions such as the Indian Council of Agriculture Research (ICAR) and the Indian Agriculture Research Institute (IARI) as well as with senior policymakers of the Narcotic Control Bureau (NCB) at national and state levels; and Ministry of Textiles departments such as the Textile Commissioner, the Handloom Development Commissioner and the Textile Committee of India.

At the same time, the company has been working closely on policy advocacy with various governmental bodies and has assembled a board of advisors that includes an ex-Chief Secretary of State and an ex-Vice Admiral of the Indian Navy (retired), among others.

Finally, BOHECO is in collaboration with India’s National Institute of Design on an Innovation Centre for Natural Fibres (ICNF), which is dedicated to creative projects using hemp, bamboo, banana and coir.

To expand the business BOHECO is in talks with potential partners and investors globally, Tekchandaney said, while it continues in bootstrapping mode with income from clothing, fabrics, food and body care lines – sold through BOHECO’s e-shop – and consulting services covering the firm’s current costs. The go-it-alone strategy is supported by sales partner relationships with Berlin’s Hanf Museum, and organic retailers Naturallyyours.in (India) and Hemp Foods Australia, according to Tekchandaney.

Equally important is the company’s more public mission, Tekchandaney said. “Hemp has massive potential to raise living standards around Indian agriculture and to deliver healthy, natural products domestically and all over the world. Sure, it’s about ‘green’ in terms of money, but it’s also about sustainability and all the social values connected to that,” he said.