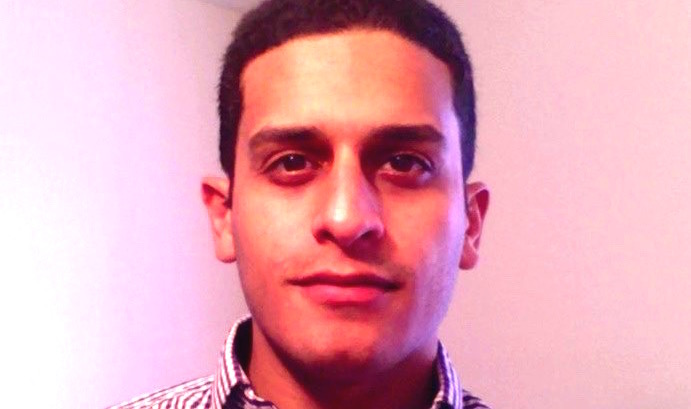 Gregory Flores is CEO and founder of Industrial Processors Corp., a privately held industrial hemp crop processor headquartered in Denver, Colorado. He was formerly with Bowery Investment Management, LLC, a distressed debt-focused hedge fund based in New York City, where he was a debt sourcer and bankruptcy claim analyst.

HT: There seems to be a serious buzz around industrial hemp again. Generally, how do you see hemp’s PR these days? What’s the key to building industrial hemp’s image, and what are the most important targets for the message?
GREGORY FLORES: PR around the fledgling hemp industry in the U.S. is in dire straits. When first mentioned in conversation, most people are quick to compare industrial hemp (Cannabis Sativa L.) to marijuana, its psychedelic cousin. In addition to that, companies operating in the industry use branding and terms which can be loosely associated with marijuana, further confusing consumers.

At IPC we believe that education is key to building the industry’s image. This includes education for consumers, businesses, law enforcement, and governments both state and local. At the end of the day, show-and-tell will be the most effective way for people to become more comfortable with the plant.

HT: To what do you attribute the seeming groundswell of support for hemp farming at the state level, and yet the overwhelming negativity in the U.S. Congress? What’s your outlook on the situation at the federal level?
GF: I attribute the surge in support to traditional market forces. Farmers are looking for alternative cash crops. Currently about 90% of crops in America are Genetically Modified (GMO) crops that use more water, herbicides, and pesticides during harvest than industrial hemp ever would.

States that are supporting the industry, such as Colorado and Kentucky, have large agricultural bases in their economy, so it makes sense for them to introduce a new crop that can generate more farmer revenue (and taxes) per acre, while saving precious resources like water.

In the face of this newfound support on the state level, there are some interesting conversations going on in Congress. Bills introduced in both the House and Senate in 2015 are gaining support every week, and the bill’s biggest backers in the Senate reside in Kentucky (Senators Mitch McConnell and Rand Paul).

The biggest impediment to the U.S. hemp industry is viable seed availability. The DEA has jurisdiction over hemp for now and blocks any imports at customs, so this is making it almost impossible for farmers to get their hands on seed to start their crops.

Despite the headwinds, we truly believe the political will is there in order for this legislation to move forward in 2015.

HT: With the federal ban still in place, what does that dictate for your firm’s operations at present? Doesn’t that make it a challenge to plan your business?
GF: It is a huge challenge operating in an industry that is akin to the Wild West, with uncertainty at every turn. We are currently looking at alternatives that will allow us to operate within Colorado despite the federal ban, and these are closely held internal conversations at this point. Any parties interested in speaking more about it can reach out to us.

We’ve taken a step in the right direction with pilot research programs popping up in several states via cooperation between governments and universities, but we feel that farmers need to be included more into these discussions going forward to make this crop more widely available as an agricultural commodity. All parts of the supply chain need to be developed, and we are mainly focused on processing infrastructure, proper education, and growth through private business cooperation.

One thing we do not want to see is a repeat of the early days in Canada, when from 1999-2001, the Parkland Industrial Hemp Growers & Processors Corp hyped up demand before declaring bankruptcy, resulting in production dropping from ~35,000 acres in ’99 to ~5,000 acres in ’01.

HT: Seed imports has been a bit of a thorny issue. What’s the status with that situation now?
GF: Seed imports certainly is the hot topic in the U.S. hemp industry. It really all comes down to a fundamental shift in the classification of cannabis from a scheduled substance to a commodity that is regulated by the Department of Agriculture.

For now, people seem to be finding a way to start their small crops and harvests, but we’d rather not speculate as to their methods. We know of certain projects that were stonewalled due to imported seeds being held in customs, and that’s about it.

HT: What happened during IPC’s first year of operation? Did you get to the milestones set for the company?
GF: This past year has been about positioning ourselves to be successful when the legal floodgates open. Cooperation and professionalism are values that we are trying to instill within the industry. Company Executive James Riaz and I moved to Colorado from New York in September 2014 so that we would have a presence in the most developed industrial hemp-focused state. Two partners, Raymond Mo and Justin Zammit, remain in NY and actively reach out to companies on the east coast to expand our network.

We’ve lent our efforts to the development of the Colorado Hemp Cooperative (the first legally formed hemp farmer co-op in Colorado), which is currently recruiting farmer members, while also reaching out to American companies that use industrial hemp as a raw material in their products. The key has been to develop the value chain early on in a responsible manner.

We still have some very big milestones that we expect to accomplish in the next three-to-six months, so stay tuned.

HT: What are IPC’s plans and goals over the next year?
GF: We’d like to have our small-scale processing facility up and running, first off. This includes attaining an organic certification and other certificates to ensure we provide quality products to our customers and partners. Secondly, IPC will engage more actively with farmers about how to structure production contracts in a way that benefits both parties for when seed availability is no longer an issue. While we are looking to begin in the food sector, IPC is actively researching other processes and sectors that we can get involved in. There is an enormous amount of opportunity ahead, and we want to have our fingers on the pulse of the industry.

HT: What attracted you to the hemp industry?
GF: Personally, what attracted me to the hemp industry was the possibility. Civilization is discovering scientific breakthroughs that could see organic materials and renewable resources completely change the course of our history on this planet. Universities are developing batteries with plant fibers, and plastics are being made out of cellulose.

When I ask myself, “What is really worth my limited time here?”, I know that it has to be something tangible that will outlive me. Industrial hemp is a resource that can help us move towards a more sustainable planet, and that is really all the justification I need.