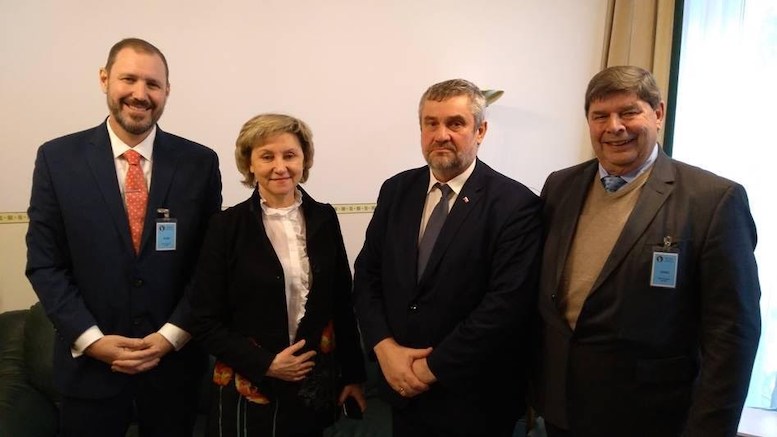 IHS claimed in a press release that Henola can produce up to 3,600 pounds of grain per acre, “more than double that of traditional hemp varieties.”

That’s half of what the Institute said the seed would give up when it announced the Henola breakthrough in May 2017. At that time, IWNiRZ said the new variety had potential to produce four times more seed yield for edible oil than typical hemp plants.

IHS and the Polish Institute last year did a deal giving IHS a long-term, exclusive contract to distribute the Polish hemp seed and fiber variety Białobrzeskie. IWNiRZ sold IHS 30 tons of Białobrzeskie seeds (Initially announced as a 40-ton deal) at the end of 2017.

That led to “the successful harvest of the largest domestically grown, Colorado Seed Growers Association (CSGA) certified hemp seed lot in the United States since the adoption of the 2014 Farm Bill,” according to the IHS release.

The new Henola variety was developed through seven years of breeding research at IWNiRZ’s Pętkowo Experimental Station. IWNIRZ, which operates under the Polish Ministry of Agriculture, has nearly 90 years’ experience in the cultivation, breeding and processing of industrial hemp.

IHS and IWNiRZ previously said they plan to eventually ramp up annual volume of their seed deals to 250 tons annually.