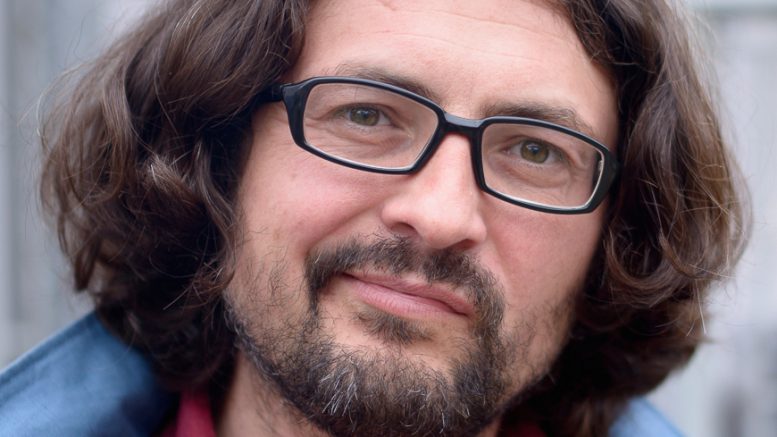 A hemp activist since 1998, Boris Baňas started growing hemp for research under Slovak government licenses in 1999, and ultimately helped to push the Slovak government to adopt EU hemp-related farming rules in 2008. He launched CBDepot.eu in 2014 with a mission to provide legal, high quality cannabidiol-enriched products for the industrial and consumer markets. He is also co-founder and co-owner of Hemp Seed Oil Europe, Ltd, a supplier of bulk and private label hemp seed derivatives. Boris is a graduate of the School of Finance, Matej Bel University, Slovakia.

HempToday: The numbers from the European Industrial Hemp Association (EIHA) project a slowdown in European hemp fields for 2016. We’ve already noted problems in the CBD market in the USA as a contributor to the slowdown, but what’s your overall perspective on this situation?
Boris Baňas: The real picture is much broader that just a CBD perspective. Yes, it’s a challenging task to get exact acreage because not all member states are responsive enough in reporting figures. Without prejudice to the common efforts to collect these numbers, I think the recently published figures for hemp cultivation in Europe are, in fact, lower than reality.
But we are not talking about Europe only. Canadian non-organic grain silos are still piling up with 2014 crop. The reasons were rather different over there: better agronomics resulted in much higher yields than anticipated.

Then again, we see very little organic-certified production and too much of non-GMO natural product. I’d think consumers wouldn’t want to pay 50% more just for organic paperwork. After all, we’re talking about pesticide-free hemp.

Anyway, even when global hemp market keeps expanding, we seem to experience one of the inevitable short-term corrections. The hemp business is just a business like any other.

HT: A lot of this seems to be put on the current CBD market in the USA, but are there other structural challenges?
BB: I think many suppliers of hemp green parts have not been managing their entrepreneurial risk very well in the last two years, in the first place. That may be because visions of short-term profits riding the CBD hype have blinded quite a few of them? The FDA (Food and Drug Administration) interventions (in USA in 2015), as I understand them, were targeting unsubstantiated health claims on certain edible products on the US consumer market. While I am not familiar with US food labelling rules in detail, I greatly appreciate the strict rules we have in the EU, and which all food suppliers have to follow, including my own companies.

The February 2016 warning letters, however, already may mean something more serious, when FDA argues for Investigational New Drug (IND) status for CBD. I hope the industry will prove CBD has been part of the US diet in one form or another before FDA granted IND status on CBD to GW Pharmaceuticals.

HT: What about Europe specifically? What are the main challenges there?
BB: I see major possibilities for growth in food and feed from hemp seeds. That’s because imports of hemp seed from third-party countries are still much higher than domestic production. But we have to remember that viable business models in the food industry must strictly follow applicable rules on product labelling, health claims and THC values.

Without EU-wide recognition of THC as an endogenous agricultural contaminant, we, in hemp food business, have to face a zero tolerance rule, with only some flexibility of national market regulators. Food poppy seed, with its trace amounts of opium alkaloids, is currently in the same unfortunate position.

HT: What’s your view on the application of the EU’s Novel Food Directive?
BB: This happens to be a completely new playground. I can see a rather different approach by member states with a game-changing and positive precedent statement from the market regulator in Czech Republic, for example, while in Austria the official view is different.

HT: What’s your perspective on the general outlook for CBD over the next 3-5 years. In other words, what needs to happen to create more development of the CBD markets in a responsible, dynamic way?
BB: It is pursuit of compliance, in the first place. The fact Cannabidiol is not scheduled by UNO Conventions does not mean it is not regulated and if the supply side plays the game responsibly, there are major chances for growth. However, a difference between multicomponent hemp extract (containing CBD) and Cannabidiol as a chemical substance (isolated from plant or synthetic) has to be considered, and end-users and market regulators must not be misled. I see major applications for Cannabidiol in lifestyle applications like e-liquids, functional cosmetics and food supplements. Marketing gurus need to understand there is no room for health or medicinal claims for CBD in free access end user products. The only other way is a pharmaceutical product. And there is no ‘and’ in between these two: there is only ‘either/or’.

Novel food is defined as food that was not widely consumed by citizens of the EU prior to 1997, when the first regulation on novel food came into force. Novel food can be newly developed, innovative food, food produced using new technologies and production processes, and food traditionally eaten outside the EU. The regulation requires such foods be safe and be properly labeled so as not to mislead consumers, among other requirements.