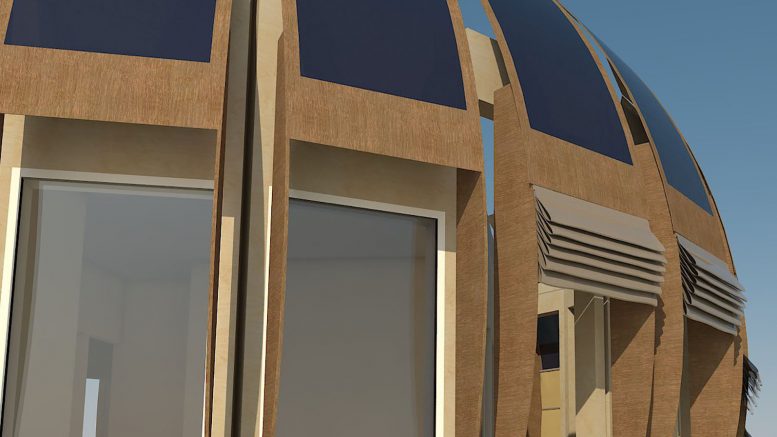 Moroccan cooperative Adrar Nouh is among a group of four organizations whose joint hemp-based project aimed at safeguarding the environment and culture of the Moroccan High Rif was selected to participate in the Solar Decathlon Africa 2019 competition.

Adrar Nouh worked with a team of Moroccan architectural students and international partners in the design of a prototype hemp house of 90 sq. meters.

The project, named SUNIMPLANT, incorporates a variety of ancestral hemp from the Rif, transforming it into new aggregates via a process developed by Adrar Nouh co-founder Monika Brümmer through her doctoral thesis at the University of Granada.

Brümmer, owner of Granada-based Cannabric, a maker of load-bearing hemp-clay blocks and bricks, will talk about the project during this year’s International Hemp Building Symposium in Belgium Oct. 16-17 in Brussels.

The IHBA Symposium, which is hosted in a different part of the world each year, is led by veteran hemp builder Steve Allin, the Association’s Director. This year’s host and co-organizer is Wolf Jordan & Co, which is based in Brussels and Kalmthout, Belgium.