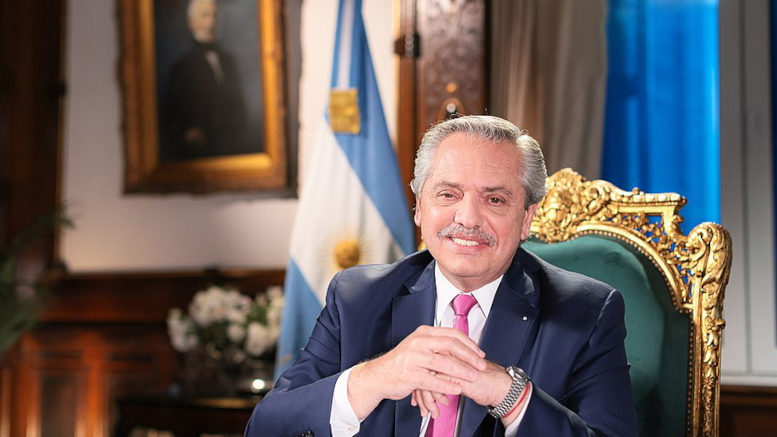 Argentina will establish a new regulator to manage hemp and medicinal cannabis under a historic bill signed by President Alberto Fernández last week. The measure will also establish a national body to foster development of the sectors.

“We are taking a very important step, fundamentally in terms of health,” Fernández said after signing the new law. “Behind all this there will be an industry that provides jobs, that exports, that brings in dollars and that saves people. This is another triumph of society against hypocrisy.”

The new law establishes a legal framework for the cultivation, production, distribution and commercialization of cannabis products, derivatives and seeds, and advances a whole-plant strategy for hemp that aims to exploit the crop for its health and environmental benefits in addition to its potential for economic development.

Hemp can serve as a replacement for a shrinking tobacco sector, and lead to innovation in technology and product development, the government has suggested.

The Regulatory Agency of the Hemp and Medicinal Cannabis Industry (ARICCAME) will be set up as the governing agency and overseer of other regulatory bodies involved in the production chain.

Under a Federal Council for the Development of the Hemp and Medicinal Cannabis Industry also to be established, representatives will be named from each province of Argentina, as well as one from the city of Buenos Aires, and one from the country at-large. The council is to meet monthly to advise ARICCAME on regulations, licensing and how best to advance the industry.

The new law, which complements a previous act that legalized medicinal cannabis in Argentina, sets formalities for the granting of licenses to growers and producers.

Under specific provisions, ARICCAME will:

Guidance on traceability will be established by the National Seed Institute, which regulates cultivation seed production and distribution under the Ministry of Agriculture.

ARICCAME will assign regional or provincial delegations to ensure compliance with the law under a sanctioning system that includes penalties ranging from warnings to suspensions and fines.

With agriculture playing a critical role in Argentina’s economy, the new law allows hemp to move into the farming mainstream in one of the world’s major agricultural nations, and one which is advantageously located for cannabis growing.

Cannabis proponents have said Argentina’s position as a global leader in agricultural production, its scientific research expertise, structure of laboratories and broad network of suppliers make the country a potential medical cannabis and hemp powerhouse.

“Argentine producers will be able to compete with many,” President Fernández said.

The hemp and medical cannabis industries in Argentina could generate 10,000 new jobs, $500 million in domestic sales and $50 million in exports annually, according to government estimates.