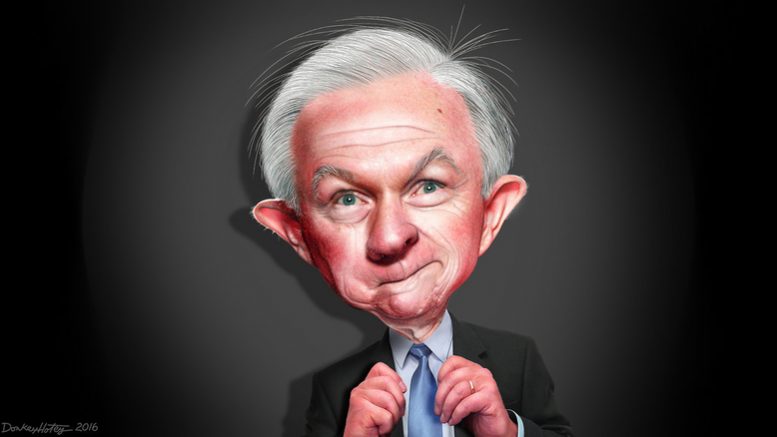 Sessions has been a longtime ignoramus about cannabis law reform.

On the road in the USA • What’s gonna happen to our little industry in the Disastrous Era of Trump? Hold on to your hemp knickers, because we may be about to find out. 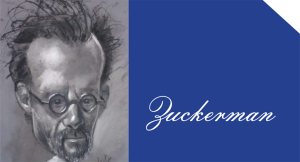 Kentucky Republican Sen. Mitch McConnell said today he would “soon be discussing the issue” with Jeff Sessions, Idiot Attorney General. This came at a press conference during which McConnell announced that next week he’ll introduce a bill in the U.S. Senate to legalize hemp and allocate federal funds to help expand cultivation of our beloved crop. Specifically, the Hemp Farming Act of 2018 will legalize hemp as an agricultural commodity and remove it from the list of controlled substances. That’s what McConnell’s press release said.

One of the really stupid ones

The IAG, you’ll remember, announced in January that his Department of Justice was rescinding five Obama-era memoranda affecting criminal prosecution of marijuana-related offenses under federal law. The memoranda had essentially allowed individual states to decide about the cultivation, processing and sale of cannabis-based products including those derived from industrial hemp.

Sessions has been a longtime ignoramus about cannabis law reform. One of the really stupid ones.

Meanwhile McConnell, a Trump enabler and occasional punching bag (a true supporter, in other words), wants to take home the hemp, so to speak, for his farmer friends back in Kentucky. The Senator is among lawmakers representing several American farm states that want to revive hemp, which was grown across the vast Midwestern farm belt decades ago as a common crop.

Kentucky was the second largest grower among U.S. states last year with 3,200 acres under the crop, and benefits from rare political bipartisanship – from the state’s federal representation down to state government; it also boasts one of the nation’s leading hemp research programs at the University of Kentucky.

Bring on the boiling point

“We all are so optimistic that industrial hemp can become sometime in the future what tobacco was in Kentucky’s past,” McConnell said during the press conference.

Alas everything hemp is still under State Control of one form or another. Nationwide, as they say. That could change under a bill like McConnell says he’ll put in Jeff Sessions face next week. This is a boiling point.

One could hope, I guess, that in the current circus train that’s Washington, our little hemp wagon might slip by unnoticed, zip through the U.S. Congress, and end up in the President’s small hands, with which he’ll pick up his gold pen and scribble out his flashy signature.