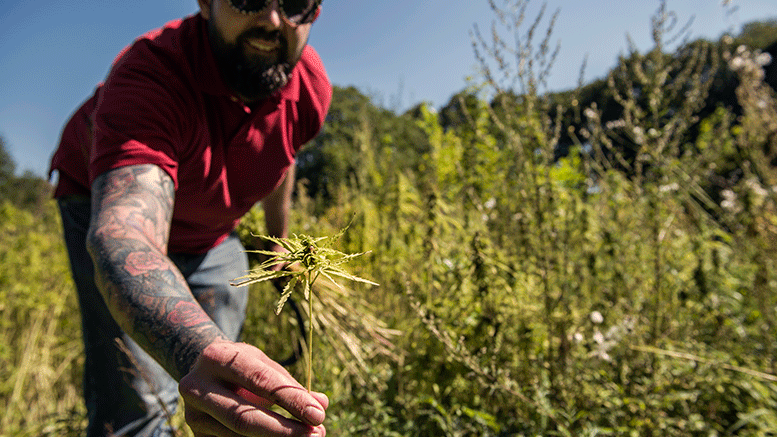 While Polish hemp fields could grow by as much as 40% in 2021, knocking down the country’s outdated crop zoning system could lead to even faster growth, a leading Polish hemp company has suggested.

Hemp farming in Poland is expected to approach 5,000 hectares (~12,355 acres) this year as more and more farmers, producers and investors stream into the sector. Poland’s hemp farmers recorded about 3,600 hectares last year, after planting 3,000 hectares in 2019.

With the government generally favoring development of cannabis industries, “all analyses show that if legislation does not put significant obstacles on farmers’ feet, agriculture and hemp processing will develop at a staggering pace,” Kowalski said. “Farmers will undoubtedly play the most important role here because they are responsible for the local raw material supply chain.”

Under Poland’s regulations, hemp zoning requirements oblige regional governments to take into account “local demand for raw materials, local traditions and local level of drug-dependency risk” – that last factor a vague nod to past paranoia regarding marijuana. Farmers must declare their hemp fields by total area in autumn before the next year’s planting season. But “there is no rational justification for the requirement of annual crop zoning,” Kowalski said. The system, he said, which has its roots in central planning from Poland’s communist times, should be abolished.

Also under the rules, farmers are not obliged to actually plant hemp in fields declared; may state their intentions at the local or regional level; and can declare fields anywhere in the country. Demonstrating the lack of logic in the hemp zoning system, while actual hemp fields this year are projected to be 5,000 hectares, data collected by Kombinat Konopny from all 16 of Poland’s administrative regions showed more than 100,000 hectares are declared for hemp this spring across the entire country – a staggering number.

Tool with no meaning

“It has absolutely no meaning as a forecasting tool,” said Kowalski, who himself declared several thousand hectares but will farm only 40. “Nobody really knows what it is for.” Kowalski said he also declared small hemp fields in several places where he sells seed for gardeners and those who want to run small trials, giving them legal cover and “so as to limit the clerical nonsense that makes it difficult for beginner growers to grow cannabis.”

If nothing else, the outsized declarations indicate the level of interest in Poland’s emerging hemp sector, Kowalski said: “It shows a number of people were at least dedicated enough to write and submit a piece of paper.”

Poland’s Ministries of Health, and Agriculture & Rural Development have expressed no major objections to abandoning the zoning system when asked about it in public forums.

Kombinat Konopny also published a “list of shame” that named 210 of Poland’s total 2,477 municipalities where farmers are not allowed to apply for a permit to grow hemp. “We have encountered resistance from several hardliners against whom we are considering a civil action for damages,” Kombinat Konopny said recently in a post on its website.

Also indicating the dynamics of hemp in Poland, 472 growers applied for farming subsidies in 2020, up from 85 applicants back in 2015. Polish hemp farmers received only about €100,000 in support last year, but can tap into other support programs for which they are eligible, such as those for single area payment, greening, and support for young farmers, Kowalski noted.

Cannabis and hemp specifically have been points of discussion in parliamentary sessions over the past couple years in Poland, as public support has grown steadily.

Poland produces straw for fiber and hurd, seeds, and flowers for CBD-based products. In addition to cutting bureacracy, Poland, like all emerging hemp nations, needs modern solutions. “Unfortunately, the technology for hemp is not yet as mechanized and modern as for other plants,” Kowalski said. “While producers are ingenious and go to great lengths to catch up, the 60-year downtime in hemp production still leaves its mark.”