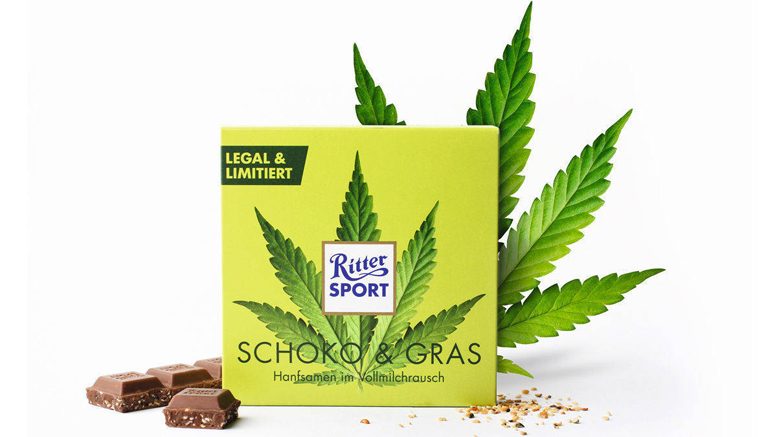 Ritter produced the square chocolates in a “collectors’ edition” promotion, offering them for sale online and in its branded retail outlets in Berlin and Waldenbuch, where the company is headquartered.

“This is a great example of an enlightened major player who understands the potential for hemp in foods,” said Daniel Kruse, CEO at Hempro Int. GmbH & Co. KG, Dusseldorf, which provided the hulled and roasted organic hemp seeds for the “Schoko & Gras” bars.

Aside from promoting hemp seeds in the chocolates as a “superfood,” the effort intends to spark “unbiased discussion on hemp,” according to Elbkind, the Hamburg agency that executed a social media campaign in support of the promotion.

Ritter, which has an online tool through which consumers can submit ideas for new products, said it has received many submissions suggesting the incorporation of hemp seed into its treats.