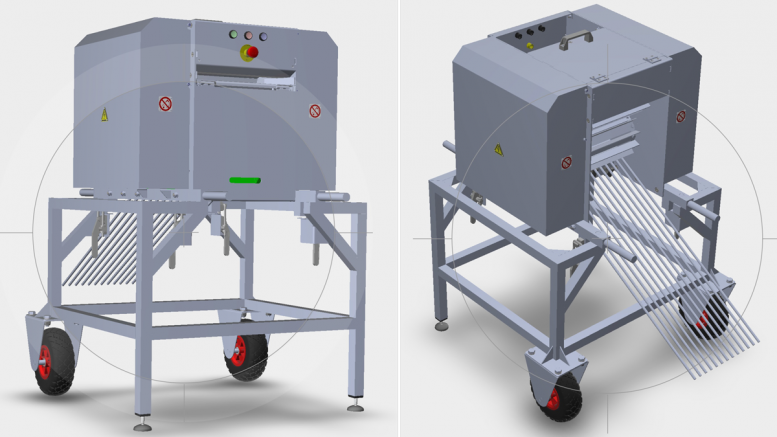 The HurdMaster MD1000 was developed by Industrial Hemp Latvia

Industrial Hemp Latvia (IHL), developer of the HurdMaster MD1000 micro-decorticator, said it will sell the first three machines from its initial production run to customers who purchase and donate a second machine to a worthy humanitarian project.

“We’ve identified some remarkable initiatives around the world where the HurdMaster can be of infinite value in providing shelter and jobs through hempcrete construction,” said Kristaps Eglitis, founder at IHL.

The HurdMaster separates the woody inner core (shiv or hurd) of the hemp stalks from the outside covering (bast fibers), then chops up the hurd into short pieces which can be used for hempcrete construction, as animal bedding and animal litter, or plant bedding. With additional technology, the separated bast fibers from the outside of the hemp stems can be further processed for a wide variety of applications.

Highly transportable, the HurdMaster is perfect for such projects as Adrar Nouh in Morocco, one of the initiatives targeted for support by IHL as it goes into production of the decortication machines next month.

Adrar Nouh, started by German architect and natural builder Monika Brümmer of Granada-based Cannabric, and Abdellatif Adebibe of the Moroccan Confederation of Associations for the Development of the Senhaja Rif Region, is part of a long-term plan to improve living conditions in Morocco’s High Rif, and capitalize on the potential of the region’s cannabis straw for socio-economic development while saving the traditional architecture of the region. The project is restoring traditional farm dwellings in highly remote locations.

A second project IHL has identified for support is Shah Hemp Inno-Ventures (SHIV), Nepal. SHIV is the developer of a number of products based on Nepal’s abundant naturally occurring hemp fields. The company’s major emphasis has been on processing hemp straw as raw material for a mass-scale rebuilding initiative following the devastating earthquake which struck in 2015. The MD 1000 is perfect for the challenging terrain of Nepal, where housing is desperately needed.

IHL said it is looking for other initiatives that support local farmers or fulfill the needs of challenged communities to match up with the initial group of HurdMaster customers. Those who purchase machines from the first production run can suggest worthy initiatives to receive the matching machines they purchase.